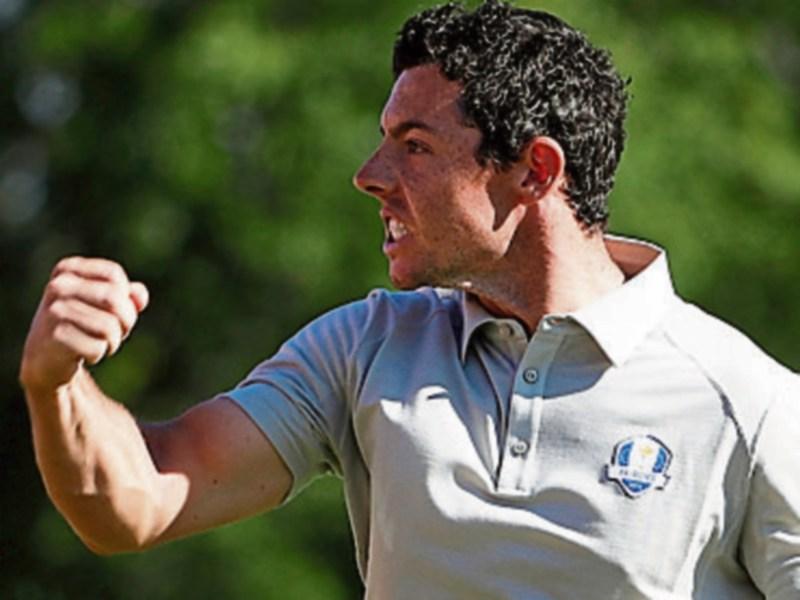 USA recaptured the Ryder Cup after a dominant 17-11 win over their European counterparts at Hazeltine.

Despite briefly threatening to make a Sunday recovery in the singles, similar to the Miracle in Medinah of 2012, Europe just didn’t have enough players capable of rising to the challenge.

The Ryder Cup competition not only transcends golf but also sport as a whole.

It is a captivating competition where pride of where you come from transforms oft mild-mannered individuals into passionate patriots.

Very seldom do we see golfers show the type of manic emotion while playing for millions of dollars than they show in the Ryder Cup where it is not money but pride and bragging rights at stake.

Take for example the reactions of Patrick Reed and Rory McIlroy, the main performers for both sides, as they went toe to toe in a brilliant match full of high drama.

There was screams and shouts from both players as they put on an exhibition in front of a raucous home support.

McIlroy wilted on the back 9 after carrying the hopes of the Europeans all week with some sensational golf.

His clashes with the Minnesota crowd were unsavoury with at least one spectator ejected for directing personal abuse at him.

While the atmosphere of the Ryder Cup is famous for partisan home fans making tonnes of noise, the Americans can sometimes go just a little too far as was evident last week.

One of the highlights of the Ryder Cup for me was the sensational Thomas Pieters.

The big-hitting Belgian won all three sessions he played with Rory McIlroy before putting JB Holmes to the sword in the Sunday singles to claim the most points by a European rookie in the event.

His cool demeanour belied his lack of experience as he glided through the daunting challenge of a Ryder Cup.