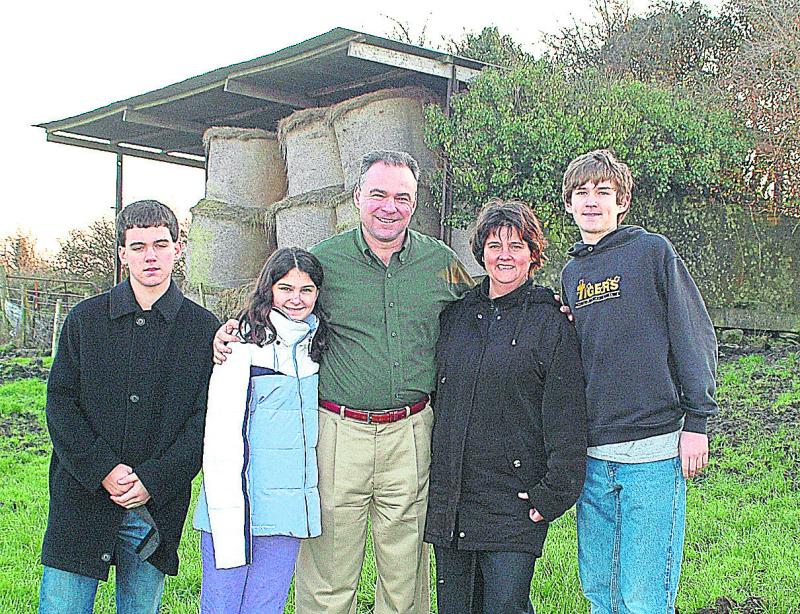 US Vice President candidate Tim Kaine and running mate of Hillary Clinton, pictured with his family in 2006 in Killashee, Co Longford.

The band behind ‘There’s no one as Irish as Barack Obama’ which saw them chart all over the world are it again.

The band have reworked their multi million youtube hit Obama song to celebrate the Irish roots of Longford’s potential US VP Tim Kaine.

The song entitled ‘Our Irish VP his name is Tim Kaine’ will be released on Saturday, October 15.

Lead singer Ger Corrigan said, "We were delighted to find out that Tim's paternal great grandfather was Patrick Farrell from Killashee, county Longford and we just had to celebrate it in song."

Lyrics of  ‘Our Irish VP his name is Tim Kaine’

An Irish VP his name is Tim Kaine

The place of Tim Kaine’s

His people were Farrell's

Farming was their game

Let's hear it for Kaine the Irish VP

Get out the harmonica

Great days for the the Irish

Let's hear it for Tim

The VP is Irish his name is Tim Kaine

To our boy Tim Kaine

From Belfast to Blarney

And down to Tralee

They'll be cheering for Tim