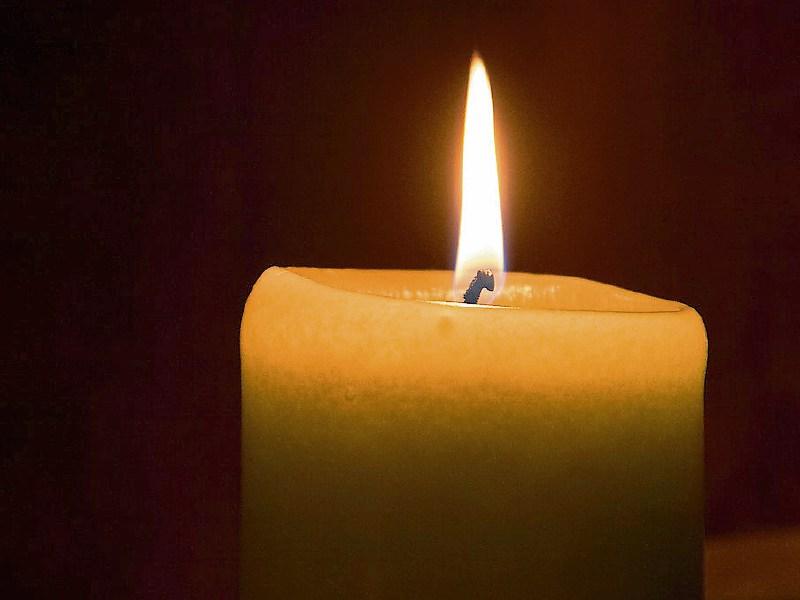 The death occurred of Paul Greenan (Dublin) on Tuesday, October 4, formerly Co. Leitrim, peacefully. Devoted husband of Anne, and loving father of John, Nicole, Paul, Anne-Marie and Marie-Claire. Sadly missed by his loving family, brothers, grandchildren, daughter-in-law, sons-in-law, sisters-in-law, relatives and friends. Predeceased by his brothers Con and Phil. Rest in peace. Funeral Mass on Saturday, October 8 at 10am in Church of Our Lady, Queen of Peace, Merrion Road, Dublin followed by burial in Shanganagh Cemetery. Family flowers only.

The death occurred peacefully at her home and surrounded by her loving family, after a long illness, on Wednesday, October 5 of Bernadette (Bernie) Masterson (née Davis), Slieveboy, Castlepollard, Westmeath. Survived by her loving husband Nicholas (Nicky) her daughters Nicola and Sinead, son Gary, her mother Teresa (Mavis), brothers John, Jody and Jim, sisters Mary and Jacinta, nieces, nephews and a wide circle of friends. Rest in Peace.

Reposing at Glennon’s Funeral Home, Ballinalee Road on Friday, October 7 from 4pm until 6pm with prayers at 5pm. Removal to arrive at St.Mel’s Cathedral for 6.30pm. Mass of the Resurrection on Saturday at 11am, interment afterwards in Ballymacormack Cemetery.

The recent death has occurred on Tuesday, October 4 of Esther Williams (nee O'Neill), Culray, Aughnacliffe, Co Longford, peacefully at Mullingar Regional Hospital in the loving care of the staff in medical 3.

Removal on Thursday, October 6 to St Joseph’s Church, Purth for Funeral Mass at 11am followed by burial in adjoining cemetery. House private on Thursday morning please.​