Ladies team join honourees at People of the year event 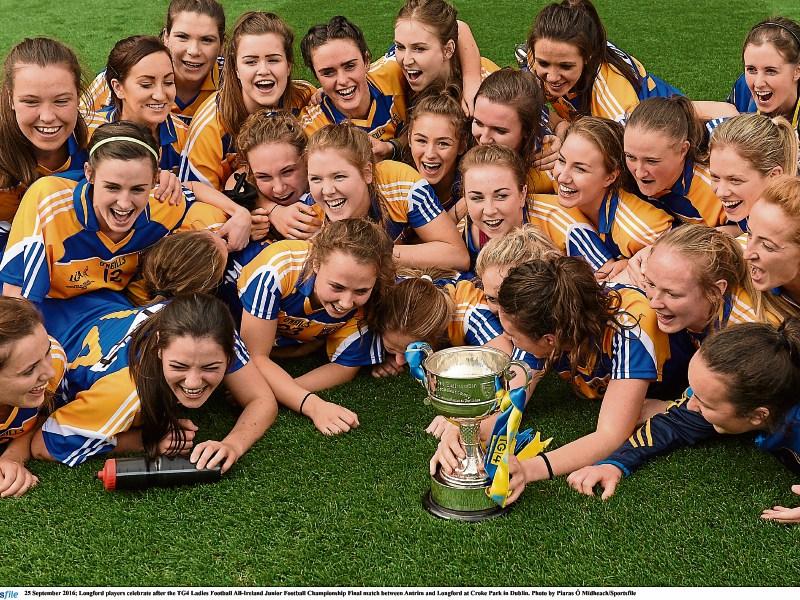 In response to huge public demand the organisers of the Longford People of the Year awards have added the All-Ireland winning Longford ladies GAA team to the list of honourees.

Representatives of the team will now join the other ten locals, who will be honoured at the gala awards night in the Longford Arms Hotel on Friday week, October 14.

The awards event returns this year  thanks to the support of the main sponsor, Kiernan Structural Steel Ltd, and will be an important fundraiser for the Midlands Simon community, which seeks to combat homelessness.

The Longford ladies team are a hugely popular addition to the honours list following that memorable win over Antrim in the All-Ireland junior final. Trailing at the break, many had written them off but they dug deep for a heroic second half performance and the first All-Ireland success in 19 years.

The list of award recipients was whittled down from more that 600 entries submitted by the general public. They include Longford town’s Declan Barry, who  is a doctor with  Medicins Sans Frontiers (MSF). This has seen him working in some of the world’s most contentious and troubled regions -   Libya, Afghanistan and most recently  Syria.

A hugely popular nominee was young Max Wenman, who along with his mother, Cathy Bermingham,  and family, is fighting a heroic battle with cancer. The family are a huge inspiration to other families embarking on the same difficult road.

May Campbell from Carramana, a former President of Longford ICA, is another of the award recipients in recognition of her huge work for the ICA and community life in Longford.

The county has watched with great admiration as Killoe’s Victor Connell continues with his life  and makes an invaluable contribution on so many levels following a debilitating rugby injury.

Michael Quinn, meanwhile was one of the heroes of Longford GAA’s excellent run in this year’s championship and whilst serious injury meant he missed the latter games for Killoe in the club championship, Mickey was a hugely popular award nominee.

Another sportsman to feature is Gerry Quinn, the 17-year-old swimmer from Longford town, who excelled at the recent Junior European Championships and he will receive the Longford Young Person of  the Year Award.

There is an international dimension to the list of nominees as well. Longford town native and London-based photographer, Mel McNally, will receive an award in recognition of his work of the Longford community in the English capital. There is also an award also for Killoe’s Mike Prunty. He is the President of the Longford Assoc in New York and for the best part of fifty years has been a hugely influential and amenable man in securing work and accommodation for young Longford people arriving in the States.

Tickets to the awards night will cost €40 and can be purchased from Noel Greene of the Simon community on 087 961 5766. Music on the night will be from Padraig Farrell and Fanfare whilst Joe Flaherty of this parish will be the compere.