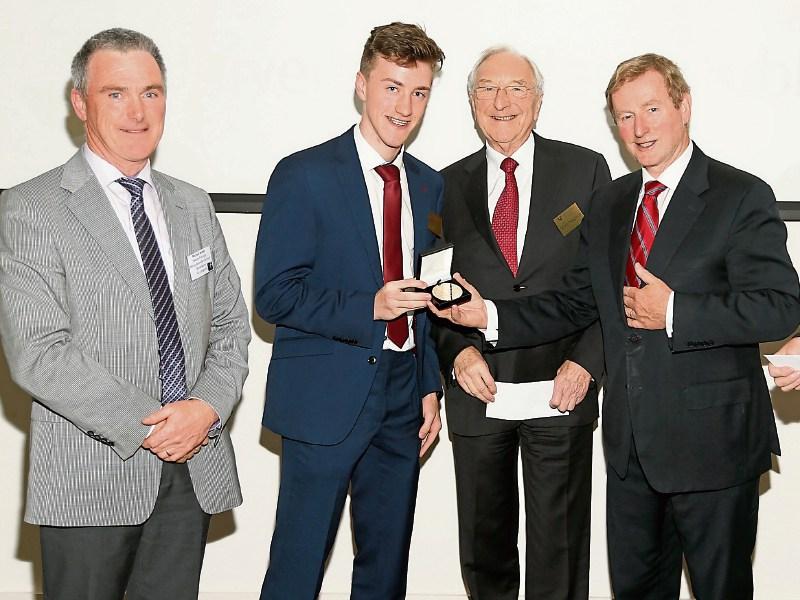 A Longford student was among thirty-five to be awarded a €20,000 scholarship by The Naughton Foundation.

Conor Beirne, a former student at Mercy Secondary School Ballymahon, was awarded the scholarship and has accepted a place at University College Dublin where he is studying Engineering.

Mercy Secondary School was also awarded a cheque for €1,000 towards the school’s science facilities.

Since its establishment in 2008, Naughton Foundation Scholarships worth over €2 million have been presented to 135 young people in the fields of science, engineering and technology in publicly funded third level institutions in Ireland, north and south.

The presentation of the scholarships took place on Saturday, September 24 in the Trinity Biomedical Sciences Institute, Trinity College Dublin.

A spokesperson for the Naughton Foundation remarked, “We are absolutely delighted that our Scholarship programme is now a nationwide programme with its expansion to Dublin and Cork. Each year we are amazed to see the calibre of the fine young people who apply to us.

“It gives us great pleasure to support their STEM studies and we hope it will be of great benefit to them and Ireland in years to come.”

There is one guaranteed Scholarship (€20,000) for each participating county, with the exception of Cork and Dublin where there are two and four scholarships awarded respectively.