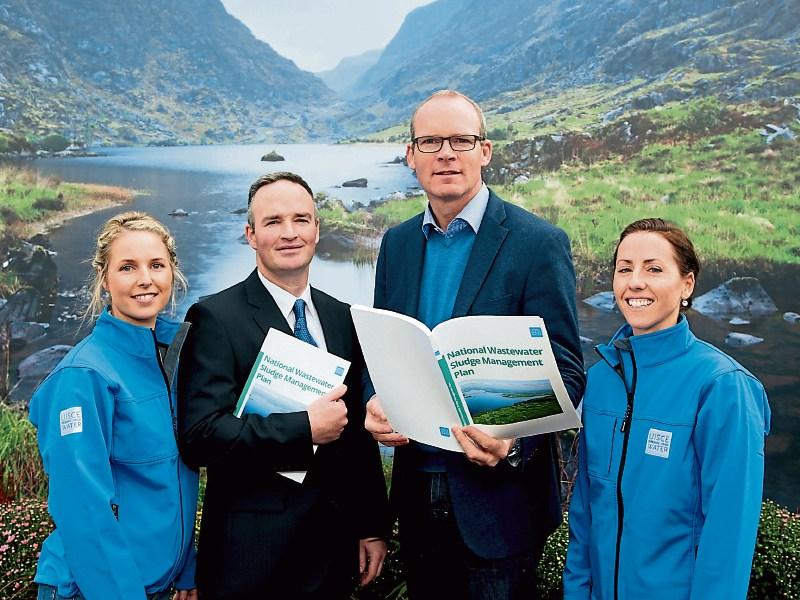 Irish Water chiefs are planning to spend up to €10m to take leftover sludge from neighbouring counties Cavan, Roscommon and Leitrim.

The revelation was made earlier this week after the public utility published its National Wastewater Sludge Management Plan.

The document, which was launched at the recently held National Ploughing Championships in Tullamore,  outlines Irish Water's strategy to ensure a nationwide, standardised approach for the management, treatment, transport, storage and disposal of wastewater sludge over the next 25 years.

Eight weeks of public consulatation on the finer details of the plan took place earlier this year.

Longford's existing facility that deals with the management of wastewater sludge is located at the main wastewater treatment plant in Longford town.

The Leader has learned however that Irish Water now wants to double that capacity to 160,000 PE by taking in sludge from Cavan, Roscommon and Leitrim.

In a statement released to this newspaper in recent days, the public utility said it intends spending in the region of €8-€10m on the project.

“The existing sludge hub site in Longford town has been identified as a potential site for the location of a Sludge Hub Centre for Longford and the surrounding counties of Cavan, Roscommon and Leitrim,” read the statement.

“This would require additional facilities at the existing site to increase the sludge hub design capacity to 160,000 PE.

“It is expected that an investment of approximately €8 to €10 million would be required to develop a Sludge Hub Centre in Longford.”

Those proposals have been met with scathing disapproval by local politicians.

Cathaoirleach of Longford Municipal District Cllr Padraig Loughrey said he was considering calling a special meeting over the issue.

“This won't go down at all well,” he told the Leader.

The Fianna Fáil Councillor said despite the promise that a period of public consultation  would take place, the Longford pharmacist said he believed a decision had already been made.

“Unfortunately that seems to be the case,” he said.

“It seems to be a fait accompli and that consultation could well be a fig leaf in terms of giving semblance of making that decision.

“As Cathaoirleach of Longford Municipal District I would have serious issues with this.”

Meanwhile, last week, the European Commission identified and named Longford as one of 38 agglomerations around the country where urban waste water isn’t adequately treated.

Under EU law (Council Directive 91/271/EEC), towns and cities are required to collect and treat their urban waste water, as untreated wastewater can put human health at risk and pollute lakes, rivers, soil and coastal and groundwater.

A letter of formal notice was sent to the Irish authorities in September 2015 and if Ireland fails to act within two months, the case may be referred to the Court of Justice of the EU.