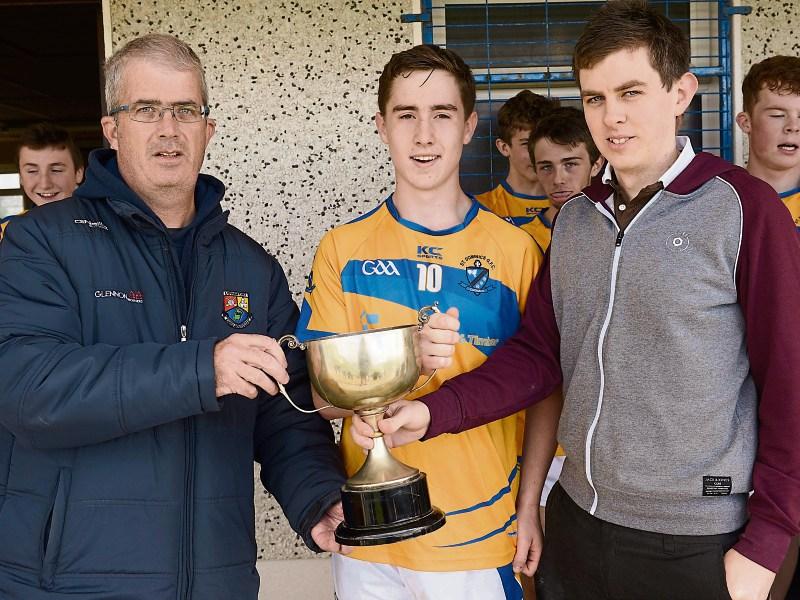 St Dominic’s Kenagh survived a late Slashers/Ardagh comeback to win the U-16 ‘C’ Football Championship title with one point to spare in the final at Glennon Brothers Pearse Park on Saturday last.

With just three minutes of normal time remaining a fine score from Aaron Kelly put St Dominic’s ahead by seven points but in the 60th minute and in the third minute of additional time Slashers/Ardagh scored two goals through Darragh O’Connell and Rory Lennon. The comeback came too late, however,  as the final whistle was blown just after the Lennon goal.

The impressive Keelin McGann was a threat throughout for the Kenagh side and he opened the scoring with about 15 seconds gone on the clock. He then set Shay Carberry up for St Dominic’s first goal in the second minute after the ball had been excellently won in defence by Aaron Kelly.

Slashers/Ardagh cut the lead to three by the 16th minute when Peadar Kenny got his side’s second goal but St Dominic’s response was terrific and they went six ahead with a third goal from Shay Carberry. Rory Lennon hit over a free just before the break to leave Slashers/Ardagh trailing by 4-2 to 2-3.

Inside the opening minute of the second half  St Dominic’s raised the green flag for a fifth time when Dylan Horkan palmed the ball into the back of the net. It got even better for Kenagh minutes later when Keelin McGann got the sixth goal as his side stretched their lead to a commanding 10 points.

Slashers/Ardagh began to get more into the game and goals from Lorcan Dennigan and Darragh O’Connell cut the gap to four points.  But St Dominic’s kept the scoreboard ticking and kicked five points in a row to go nine ahead.

O’Connell got Slashers/Ardagh’s sixth goal in the 54th minute before Stephen O’Brien made an excellent save to deny Conor Hall another goal for St Dominic’s. When Rory Lennon scored Slashers/Ardagh’s seventh goal deep into stoppage time the gap was just a single point but it was too late as St Dominic’s held out for the victory.