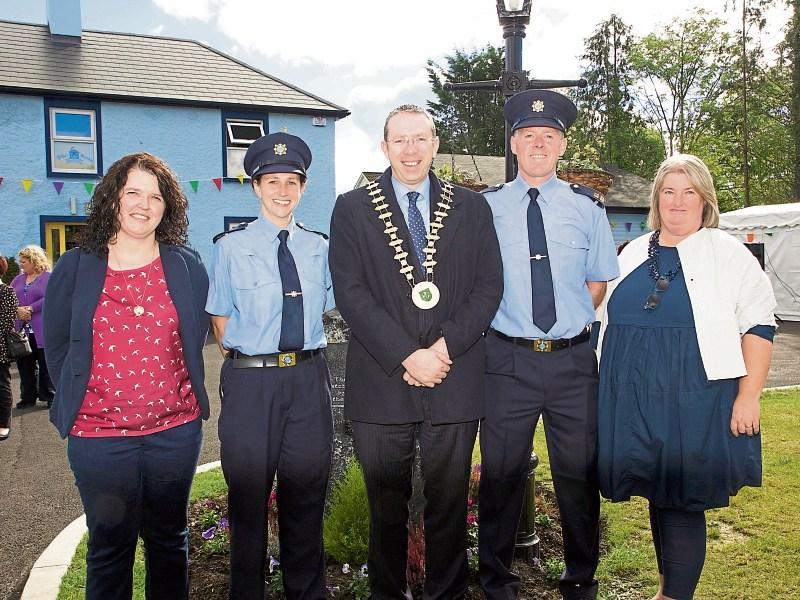 As Foróige CEO, Dr Sean Campbell pointed out, Saturday was a proud day for the people of Longford, as the €430,000 Attic House on the Ballinalee Road was officially opened.

Coinciding with the tenth anniversary of the Attic Youth Café, the new facility is a long way from the group’s humble beginnings in a small room at the top of the Temperance Hall.

It has certainly grown in both strength and numbers in the past ten years, a fact which was attested to by three members of the Attic - Alison Reid, Adam Farrell and Gabriel Drabik - who spoke eloquently on the many ways in which the Attic has enhanced their lives. Foróige Regional Youth Officer Jim Maher also offered his thoughts on the Attic’s importance in the lives of Longford’s young people.

“I’d just like to say on behalf of Foróige that we really admire what Ruth [McGarry Quinn] and the team have done in the last number of years,” said Foróige CEO Dr Sean Campbell. “It is an incredible piece of work, an incredible achievement. It’s a proud day for them but I think it’s a proud day for everybody in Longford because this was a huge community effort.”

Speaking after the formalities were completed, Ms McGarry Quinn admitted she was “relieved” that the official opening had gone to plan, adding that the next step was to hire staff for the facility.

Besides that, work will also soon commence on the development of Ireland’s first parkour park at the premises, which will hopefully be open for use in early 2017.

The total cost to date of the project, according to Ms McGarry Quinn is €430,000, as she revealed; “€60,000 came from Longford County Council, €10,000 came from the Enterprise Board for the fit-out of the tech space upstairs and €15,000 came from the Department of Youth and Children and that went toward putting in the floors and fitting out the kitchen in the youth cafe,” she revealed. “The rest has all been raised through various fundraising and donations and the Hype Youth Festival, which is amazing.

“It’s a testament to the people of Longford. They got behind this project when we couldn’t get national funding for it and they recognise the importance of youth work.”

Referring to the Attic members who addressed the crowd gathered on the Ballinalee Road, Ms McGarry Quinn laughed; “I’m so glad, in ways, I actually spoke before they gave their speeches because I felt inadequate,” before she concluded; “They were amazing, they blew me away.

“It affirms that what we’re doing is right and it’s working.”