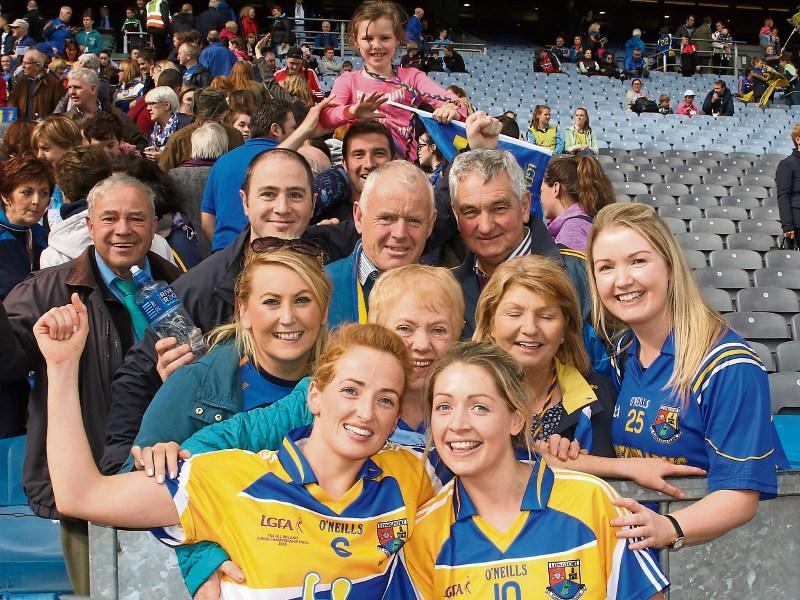 Regular business was suspended for a time at last week’s Longford Municipal District Meeting, as Councillors heaped praise on the Longford Ladies who secured the West County Hotel cup after beating Antrim in the All-Ireland Junior Championship final on September 25.

Cllr Seamus Butler led the congratulations, and shared his wishes that the team’s achievement be marked at County Council level.

“I wish them well in the future now as they probably move up from junior status into a bigger arena but it’s great to see it and it brings great pride to Longford,” Cllr Butler said.

Cllrs Mae Sexton and Peggy Nolan both agreed that the Ladies team had really done the county proud, with Cllr Sexton pointing out that the win has “given us all a shot in the arm”.

“It’s more good news for this county and I am just absolutely delighted for them, for their endeavours,” Cllr Nolan added.

Revealing to his colleagues that he had been in attendance at the match in Croke Park, which saw the Ladies beat Antrim 4-10 to 1-12, Cllr John Browne pointed out that it was a “tremendous occasion,” while Cllr Gerry Warnock suggested that the council themselves could learn a lot from the team.

“We could take a bit of example from them and we can get inspiration from them in our own work here as a local authority to always aspire to believe in realising your goals and that’s exactly what those ladies did last Sunday,” he stated.

Adding to the praise, Cathaoirleach of Longford Municipal District, Cllr Padraig Loughrey joined his fellow councillors in congratulating the team and their management and backroom team, before sharing their wishes that the team be honoured by the County Council.

“All-Ireland titles are few and far between so when we do get one it is worth our while commemorating it,” he concluded.