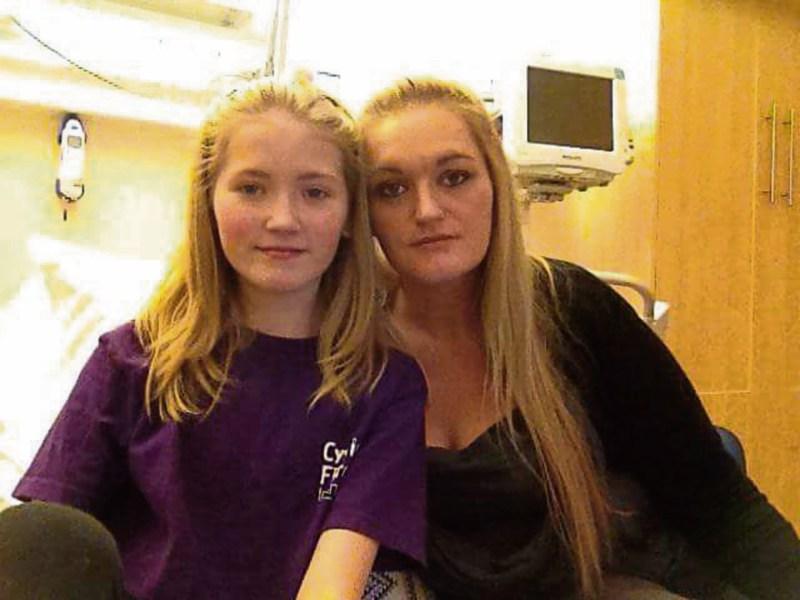 “I feel like we were used as a little chess piece in elections and I genuinely feel like they used us to score brownie points.”

The impassioned words of Longford mother of three and Cystic Fibrosis (CF) campaigner Hazel Robinson as she spoke to the Leader last week.

Hazel, whose fourteen-year-old daughter Gypsy was diagnosed with CF at birth, was among a number of people who spoke at a public meeting on Saturday night  in Mullingar’s Greville Arms Hotel.

The event was fronted by Sligo man James Conway, who has gone viral in recent weeks after a video he posted was seen by approximately two million people. The video expressed James’ vehement opposition to the Government’s decision to waive Apple’s bill of up to €13billion in unpaid tax benefits.

In her speech, Hazel revealed details about her life and that of her daughter since the decision to fund the live-saving drug Orkambi was refused on the basis of its cost.

Following that decision, Hazel set up a petition to have the drug funded, which has racked up over 37,500 signatures to date. Sadly, there has been no change in the decision and Gypsy’s condition has deteriorated.

Highlighting the transport difficulties faced by the Longford family when attending hospital visits, not to mention the difficulties navigating A&E, Hazel also revealed that her daughter now spends three out of every six weeks in hospital. This has led the mother-of-three to buy a caravan, which is parked in a campsite just minutes away from Our Lady's Children's Hospital, Crumlin, so she can spend time with both her  daughter and her two young sons Tyler (3) and Theo (1). This, she explained, also gives Gypsy a brief reprieve from the hospital ward.

Heartbreakingly, Hazel explained that in the past, little Tyler has  told her  he was sick in order to spend time with her as she travelled to and from  hospital.

“This isn’t a long-term solution by any means,” Hazel stated. “This is a very, very short-term solution to a problem we’re having, but the ultimate solution to this is for our Government to support its citizens and support the kids and adults that need this drug.”

Hazel admitted that she is unsure of what will happen in the future, but one thing is certain: she will keep fighting.

“Every day for Gypsy is a complete fight and I said to her the other day, she has to fight to breathe and to get through her day and I have to fight for her. This is the only way we can get through things.”