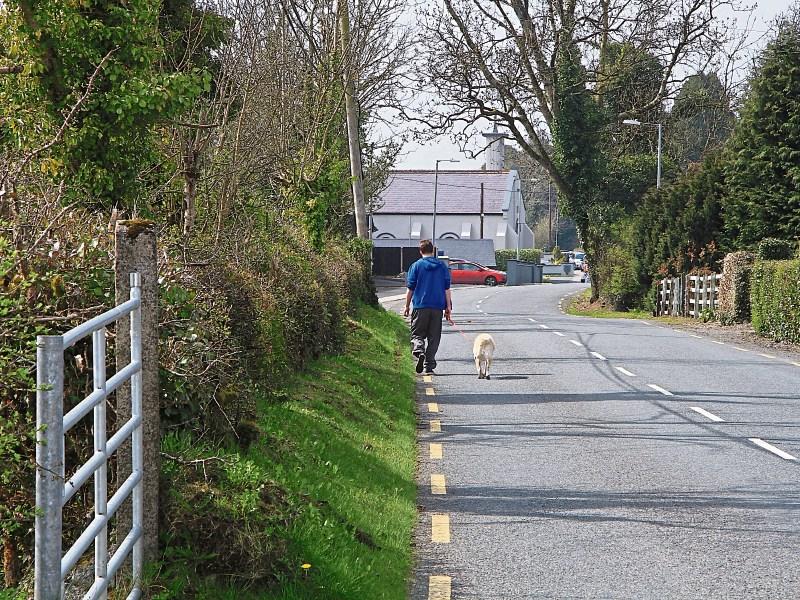 Local politicians are demanding an urgent meeting with Irish Water over another possible delay with the protracted replacement of a troublesome water mains.

It follows revelations last week that upgrading work might not commence until next year.

The section of pipeway which which lies along the main R194 from Ballinalee to Killoe has come in for scathing criticism following a string of bursts, much to the dismay of local homeowners and businesses.

It had been anticipated works would commence during the last three months of the year.

At a Municipal District meeting in Granard last week, local representatives were informed the proposed works had gone out for public procurement.

However, elected members learned there was no guarantee that the project would get underway during the fourth quarter of 2016.

It was an admission which was met with universal disapproval by elected members.

Cathaoirleach Cllr Micheal Carrigy said the prospect of local residents having to wait until the new year for restoration works to be undertaken was unacceptable.

“It's just not good enough,” he raged.

“Irish Water have made a commitment verbally and in writing. Let them stand over it.”

Cllr Carrigy said he could recall as many as 16 water bursts having been reported on that same stretch of road since the start of the year.

“When you consider all of that, you are talking about €100,000 that's been spent on repairs, which is absolute madness,” he continued.

The only way to ensure the public utility keep its side of the bargain, he argued, was to meet Irish Water officials face to face.

“We gave a commitment to people out there and it's not fair on the ratepayers and farmers that have had to put up with this.”

Cllr Carrigy, meanwhile, revealed he had attempted to find out how much has been spent on repairs and other costings associated with the road.

“I was told I would have to put in an FOI (Freedom of Information) request,” he added.

Fianna Fáil Cllr PJ Reilly asked if any meeting was arranged with Irish Water, concerns relating to the Carra-Aughnagarron road should also be included.

Like the situation facing residents in Killoe, homeowners were still awaiting news as to when underground piping would be replaced.

“There was a Saturday to Monday period around three months ago when there were three bursts on that road,” he said.

A spokesperson for Irish Water told the Leader that work is expected to commence in Q4 of this year on the water mains between Killoe and Ballinalee with completion expected in Q1 2017.

The spokesperson added , “Irish Water is investing approximately €900,000 to replace ageing water mains on the R194 between Killoe and Ballinalee and on the Dublin Road from Longford to Edgeworthstown.

“Due to the age and condition of the water mains they are subject to frequent bursts. Irish Water has carried out extensive site investigation works on both water mains.

“A single tender document to carry out the work for both projects has been issued to the market. Once the tender process has been completed a contractor will be appointed.

“Work is expected to commence in Q4 of this year on the Killoe and Ballinalee water mains  with completion expected in Q1 2017.

“Work to replace the aging water mains on the Dublin Road from Longford to Edgeworthstown are expected to be carried out in 2017.”