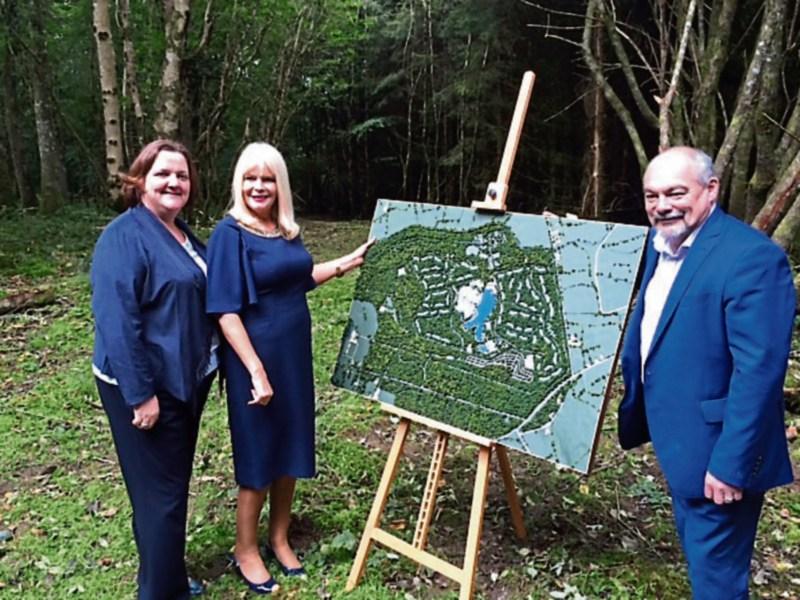 According to Senator Gabrielle McFadden, the €233m Center Parcs Longford Forest holiday resort project is keeping to schedule and is due to open on time in 2019.

She was speaking following a media briefing in Ballymahon this morning that was attended by Center Parcs CEO Martin Dalby and Mary Mitchell-O'Connor, TD, Minister of Jobs, Enterprise and Innovation.

Planning approval for this landmark tourism project at Newcastle Wood near Ballymahon was granted by An Bord Pleanala in July.

She said the job creation process is beginning soon with two positions to be advertised in the New Year; the overall manager and the grounds manager.

She added, “750 jobs will be created in the construction phase, most of which will be filled by local people where possible. Once the park is open a further 1,000 permanent jobs will be created, again to the benefit of people from the local and surrounding areas.”

Senator McFadden concluded, “I am delighted to continue to support this project, as I know it is going to be hugely beneficial for Longford and surrounding counties."

Prior to the media briefing in Ballymahon library this morning, Minister Mitchell-O’Connor joined Mr Dalby and representatives of the local community, including Longford County Council Cathaoirleach Cllr Mick Cahill, for a tour of the Center Parcs Longford Forest site at Newcastle Wood.