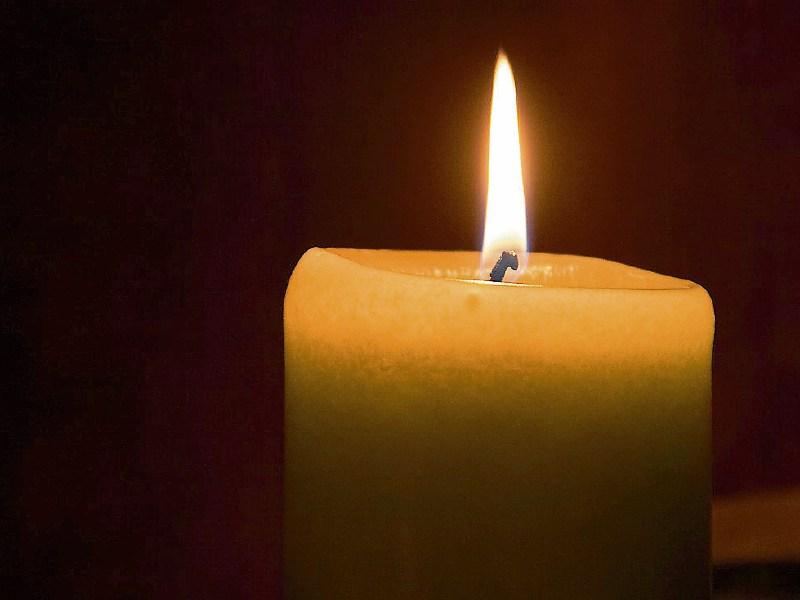 Reposing at the St Camillus Nursing Centre, Killucan on Friday, September 30, from 4.30pm, followed by prayers at 6pm and removal to St Michael's Church, Castlepollard, arriving at 7.30pm. Funeral Mass on Saturday, October 1 at 11am, with burial afterwards in St Michael's Cemetery.

Deeply regretted by his loving wife Annette, much loved dad of Anne, Ian, Fiona, Liam, Katherine and Sarah, treasured grandfather of Katherine, Niamh, Aoife and James; he will be sadly missed by all his family and friends. RIP.

Reposing at his home from 12 noon on Friday September 30 until 9pm and on Saturday, October 1 from 12 noon. Funeral Mass on Sunday, October 2 at 1pm in St Colmcille's Church, Aughnacliffe with burial in the adjoining cemetery. Family flowers only please, donations, if desired, to Irish Guide Dogs Association or Cancer Society c/o Martin Farrell & Sons or any family member. House private on Sunday morning please.

Reposing at Reilly's Funeral Home, Leinster Street, Maynooth on Friday, September 30 from 4pm, with removal at 6.30pm to arrive at St Mary's Church, Maynooth at 7pm. Funeral Mass on Saturday, October 1 at 10am, followed by burial in Laraghbryan Cemetery. Family flowers only please. Donations, if desired, to Friends of St Brigid's Hospice, Moore Abbey.

Reposing at her residence until removal today, Friday, September 30, arriving at St Mary's Church, Drumlea at 6.30pm. Funeral Mass on Saturday morning, October 1 at 11am with burial afterwards in the adjoining cemetery. House private from 5pm on Friday evening please.