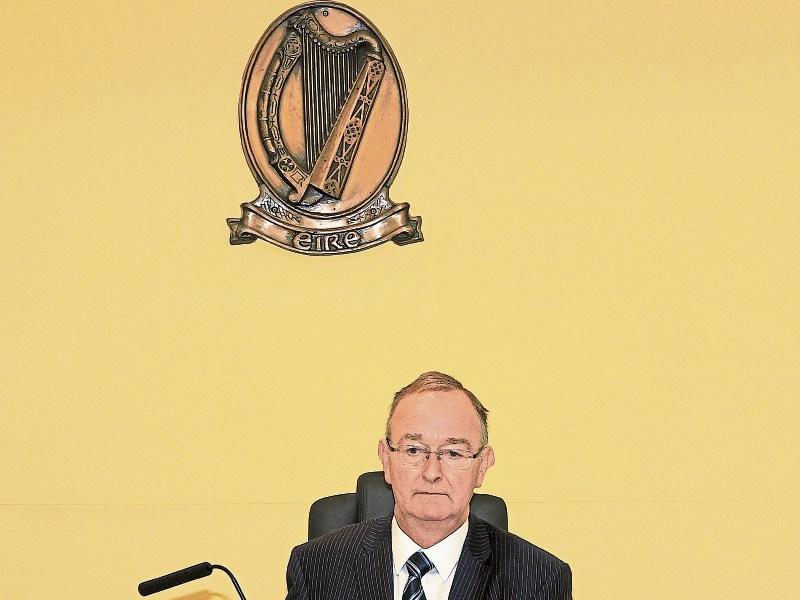 A man who appeared at last week’s sitting of Longford District Court charged under the Criminal Justice Act was sentenced to six months in prison  after he was convicted by the Judge.

He was also further charged with criminal damage at a property in the estate on the same date.

Superintendent Jim Delaney said that on the date in question, gardaí attended the scene of a row at Springlawn in Longford town.

“Mr Stokes  was fighting with family members when the Gardaí arrived and Mrs Stokes told them that her husband had gone into her house and damaged property there,” continued the Superintendent.

The court heard that on the date in question at approximately 11:40 am, gardaí received a report about a male who was intoxicated in the area.

“Garda Reilly went over to speak to Mr Stokes,” continued the Superintendent.

“But he verbally abused her.

“Mr Stokes later told her that none of his sons wanted him and he became aggressive and abusive towards Garda Reilly again.”

The court was then told that Mr Stokes was subsequently arrested and taken to Longford Garda Station where he was later charged in connection with the incident.

“For the last couple of months he has not been welcome at my home; he broke up the house the last time he was there,” she continued.

“He destroyed €20,000 worth of Waterford Crystal that I had been collecting for the last 25 years - he broke the whole lot up.

“I sat out in the car that time because he had a shovel.”

In mitigation, the defendant’s solicitor John Quinn said his client’s previous offences were under the Public Order Act and that in many of those instances, the defendant had been arrested for his own good.

“Martin would also say that the property he damaged was paid for by him.

“When the drink is in with Martin the wit is out and he becomes turbulent, to say the least.

“Normally he is never abusive to the Gardaí; it is most unusual for him to do that.”

Following his deliberations on the matter, Judge Hughes told the defendant that he should “not have damaged family property”.

“You were also drunk and shouted at the Gardaí,” he added.

The Judge subsequently sentenced him to six months in prison before bringing matters to a conclusion.