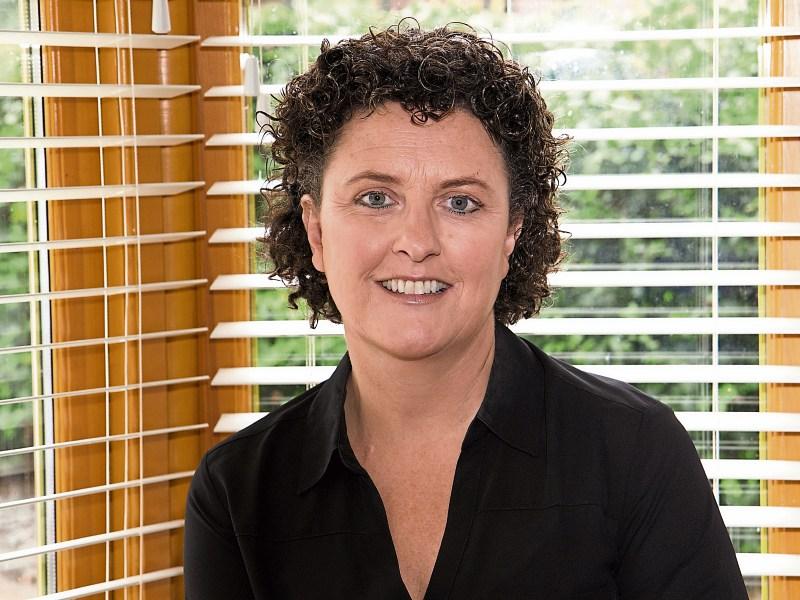 Most people will known Dearbhla Cox (née Considine) and if they don’t know Dearbhla, they will certainly know one of the other nine siblings amongst the six sons and four daughters  of Rose and Sean Considine, who was the Garda Superintendent in Longford town for many years.

Dearbhla, who lives with husband Phil and their two young daughters,  has been involved in many groups and organisations in the town over the years and was the smiling, happy, friendly face in Ward’s pharmacy on Ballymahon Street for several years. Her sister, Rosemary Rowley still works with Ward’s at their Hazelwood Shopping  Centre store.

With a background in theatre and the arts, we’ve seen Dearbhla in many shows and productions and most recently she was one of the hugely entertaining judges in the ‘Stars in Your Eyes’ fundraiser for the Backstage Theatre.

But for just over  two years, Dearbhla has tackled and come to terms with her biggest role. Like so many other women in Longford and across Ireland, she was diagnosed with breast cancer.

For Dearbhla and her family, it was a dark time.

She recalls: “In July 2014 I was diagnosed with Metastatic Breast Cancer. It all happened very fast. The same day, I was told I had secondaries to my bones. I started to become very ill. I spent long spells in hospital and couldn’t see my children for days. It was a very chaotic and uncertain time for all of us.”

For their daughters, Rachel and Emily, who were eight and ten at the time, the impact was huge.

Explained Dearbhla: “They became so full of fear and anxiety, especially the younger one (Rachel), who really couldn’t make sense of what was happening. She didn’t want to go to school and spent months sitting up beside her teacher. She complained of having pains in her tummy all the time and got upset at the slightest thing. She begged her daddy not to go out on his bike and yelled at us if she thought we were driving too fast.”

Her older sister, Emily, stepped up to the plate and took on the role of trying to protect the family.

“She didn’t want to play her sports or go to dance classes because she wanted to nurse me and she did, as well as any adult could have,” Dearbhla said. “She watched her little sister constantly to make sure she was okay and worried that her daddy had so much to take care of. I worried more about the effect my cancer had on my family than I did about it killing me. My heart was broken for my children; I didn’t know where to turn.”

Fortunately Dearbhla’s sister  had heard about the LARCC Centre in Multyfarnham  and suggested that Dearbhla get in touch with them. After another difficult and stressful evening full of fear and uncertainty in the family home, Dearbhla finally took up the phone and rang LARCC.

“I spent a half hour talking and crying to a lady I never met and when I finished the call I was feeling stronger and more optimistic than I had in months,” she continued. “My mind was put at ease straight away and the improvement in the girls’ moods and overall behaviour after one visit to the centre was huge. Seeing them have confidence and be back to their old selves again was tremendous.”

Dearbhla and family are just one of the countless families who will forever be grateful to the  centre. It helped bring normality, stability and a sense of serenity back into their lives at a time  when their world was turned upside down.

Today Dearbhla and family consider themselves part of the LARCC family  and even after coming out the other side of her illness, mother and daughters still look forward to their visits to Multyfarnham. Looking back on the role played by LARCC, Dearbhla revealed:  “The staff encouraged me to avail of the treatments and services available to cancer survivors and their families. In the most comfortable and pleasant surroundings, I still avail of one-on-one counselling, reflexology and breast care services. I even attend the odd pamper day. These services have helped me better understand so much about my illness and about myself.”

Dearbhla and family know that they have been fortunate  and they are likewise in no doubt that the LARCC centre played a role in Dearbhla's treatment and recovery.

“I cannot put into words the appreciation I have for this very special place,” she admitted. “The beautiful, tranquil surroundings reflect the calmness and sense of peace I feel every time I drive up there. This is a testament to the staff and their wonderful ability to make you feel better, better about everything, in every way.”

Now the family want to do their bit to support LARCC and to help ensure that countless more families get the same support and care that helped them through their ordeal.

Dearbhla, husband Phil and the extended Considine family are organising the Cycle for LARCC event from Longford to Carrick-on-Shannon and back on October 8. It will be one of the biggest and hopefully one of the best supported fundraisers in the county  this year.

Explained Dearbhla: “It has run for a number of years but previously we raised the money for the MS Society, as my brother, Eamon, was diagnosed  with Multiple Sclerosis. I am delighted this year that we are able to raise  funds for LARCC as it has played such an important role in our lives.”

The event has a hugely popular facebook page, Cycle for LARCC and one of the features there is a powerful video featuring Dearbhla's daughter, Emily. For families and young people trying to cope with serious illness in the home, it is compelling viewing and it already has in excess of 10,000 views.

Emily is in no doubt that the LARCC sanctuary  was  a great help to her family.

She said: “I was able to talk about everything that was bothering me and the more times that we  went the less worries we had.”

Thankfully Dearbhla, Phil and the girls are in a much happier place now  and will be proud and happy as punch as they cycle down the N4 with several hundred  family members and friends on  October 8.  Maybe it is time to take out the old bike out  and join them. You won’t regret it!

The cycle heads off at 10.30am with registration from 9am and the fee is €30, or hopefully  you can raise more with the sponsorship cards.