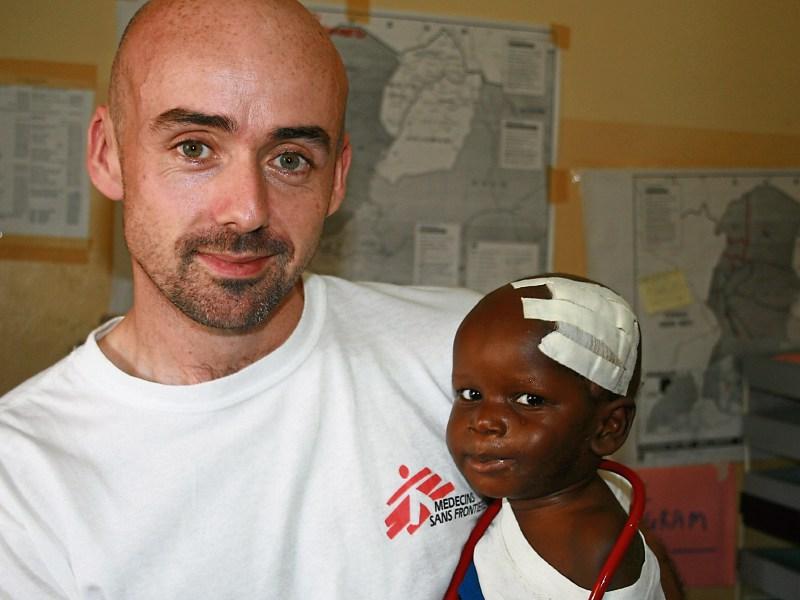 An additional award recipient has been added to the role of honour for the Longford People of the Year awards on Friday, October 14.

As he works in some of the world’s most troubled and beleagured countries, the event organisers were having difficulty contacting Dr  Declan Barry, but there are now delighted to confirm that he will be amongst the honourees at the awards night.

A son of Imelda and the late John  Barry. Longford town, Declan is a doctor with  Medicins Sans Frontiers (MSF) and this has seen him working in some of the world’s most contentious and troubled regions -   Libya, Afghanistan and most recently  Syria.

After his Leaving Cert in 1994 he began studying pharmacy but switched to medicine  and it was during those studies that he took a year out to work with   Christina Noble in Ho Chi Ming city for a number of months. After qualifying he   specialised in pediatrics for seven years  but he struggled to find fulfillment in the Irish health service.

On joining MSF he was despatched to Uganda and then Ethiopia whilst 2011 saw him sent into a conflict zone for the first time when he went to Libya. He was obviously nervous and feared that  he might have been useless but he found himself working with an inspirational team on the ground  and he was humbled by the local people.

The following year saw him sent to the Helmand province in  Afghanistan for five weeks but he ended up staying for six months.  The Longford man has found the true meaning of medical care in conflict situations because of the massive needs there. Almost one in five in the hospital there were dying  and children were dying everyday as a result of  malnutrition and  poverty.

The current situation in Syria dominates our news reports nightly  and when Declan Barry first arrived there in 2013 it was constant chaos and after eleven mass casualty incidents in 14 days the team  was    evacuated.

The adjudicating panel are delighted to have been able to include Dr Declan Barry amongst the honourees on October 18  in recognition of his work around the world.