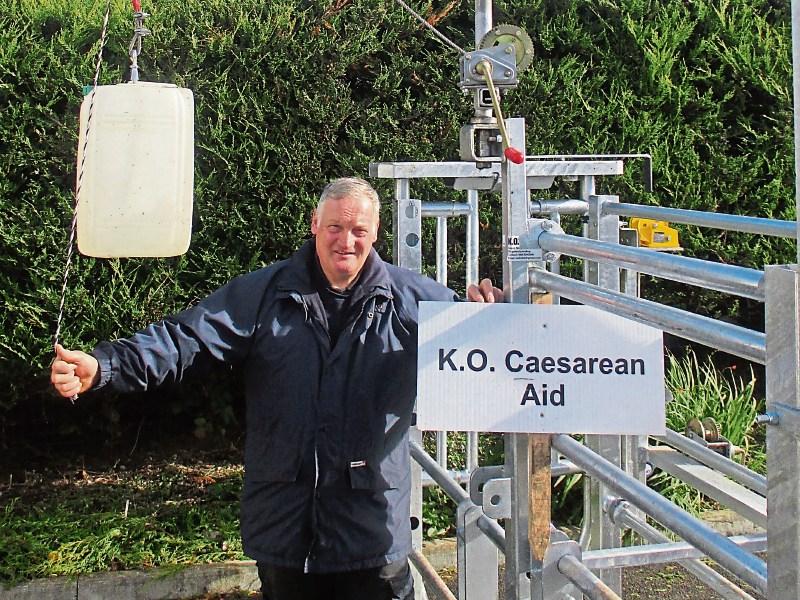 One Longford man certainly benefited from the exposure afforded by the National Ploughing Championships last week.

Ballymore’s Vincent Kiernan, who was up for the People’s Choice Award in the Ploughing Innovation Arena at this year’s event, found himself inundated with interested parties when he showcased his new invention -  the KO Caesarean Aid - a follow on from the hugely successful KO Doser.

“It was fantastic to be down at the ploughing championships with the Caesarean Aid,” he told the Leader.

“We even designed a new bracket specific to mounting it and farmers can’t believe that something like this has finally come onto the market.”

Vincent, who farms just outside of Granard, has been creating farming products for the last five years that have contributed to the overall modernisation of the industry.

His company, Kiernan Trailers garnered much attention in Tullamore last week when it made  it into the final 10 of the People’s Choice Award at the NPA Innovation Arena which was run in conjunction with the Irish Farmers Journal.