"We had the heart and hunger to defeat Dromard" 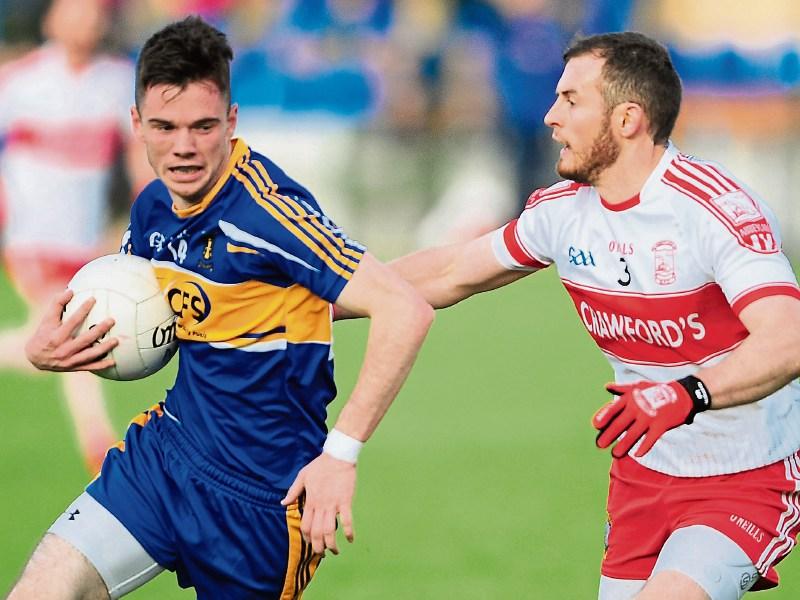 Last Saturday’s win over Dromard was not pretty but for Abbeylara manager Maurice O’Connor it was all about getting the result and booking a place in this year’s county senior championship final.

Speaking to the Leader after the game he said: “Quarter-final, semi-finals and finals are all about winning and you don’t care how you do it. All you want is a win. Any game you go out, you want to go out and express yourself and play good open football but games develop in a certain way. That developed into a bit of a dogfight but we had the heart and the hunger to just see it through. Robbie (Smyth) was the main main to get the crucial scores at vital times.”

It was always going to be a dogged encounter with the strong wind posing problems but Abbeylara  have coped well with the elements so far in the championship. O’Connor said: “For some reason we sometimes play better against the wind. We are good at bringing the ball through the hands. You would have thought that playing with the wind in the first half we would have went in at the break with a few more points on the board than we did. These boys though don’t think about the wind, they just look at what’s in front of them. That’s what they did on this occasion, especially in the second half.”

Dromard will rue missed chances and the number of wides they kicked in the game but O’Connor believes his side’s defence played their part in that and have been resolute throughout the championship.

“The big thing is pressure and Dromard had a good few wides but some of the chances were difficult and there was always pressure on the man kicking the ball. That’s a massive thing. Our defenders have that instilled into their heads and they were immense as they have been all through the championship.”

Neighbours St. Columba’s await Abbeylara in the final and having managed Northern Gaels at minor level O’Connor knows the Mullinalaghta side well.

“I would have managed a good number of their team at minor level for a couple of years and they are class players. I know what they are capable of and we are going to have our hands full in the battle to win the title. The point about it is that we are there in the final.  It’s a two horse race and on the day anything can happen. Maybe the team who wants it more will come out on top.”

After losing last year’s final to Killoe Emmet Og, the aim for Abbeylara was to get back into the decider again and that has been achieved. The relief of progressing to the county final was huge for O’Connor and with so much at stake both sides were wary of making mistakes.

“You could see that in the game against Dromard. There was so much at stake. I think both teams were a bit tentative and afraid to lose, more so than push on and win the game. The relief of hearing the final whistle and knowing you are over the line and in a county final is massive,” concluded O’Connor.