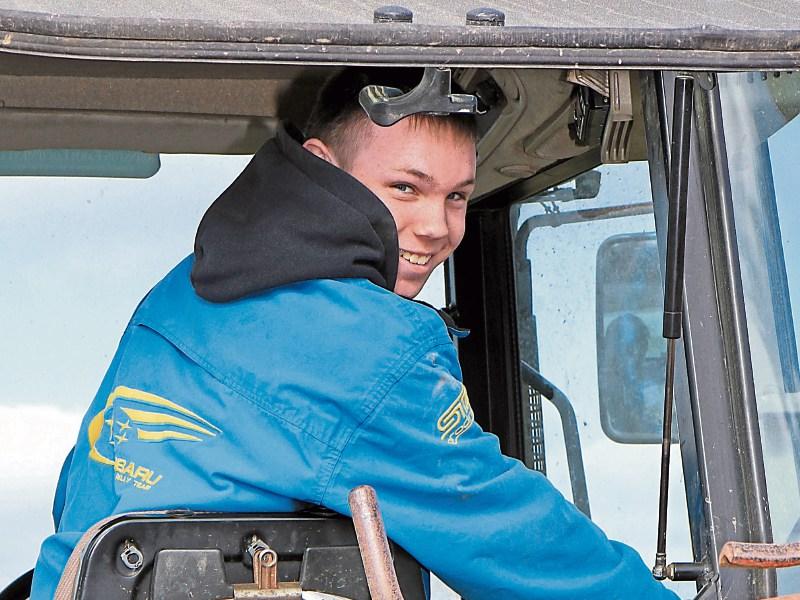 The Edgeworthstown man took part in the newly-established Novice Class which saw young competitors from all over the country descend on the ploughing field to showcase their skills and keep the ploughing tradition alive.

Conor, who was surprised at his win, said he was delighted with the result and would focus now on competing at the Co Longford Ploughing Championships next April.

“It was great to be down in Tullamore competing,” said Conor before pointing out that he did not expect to win on the day.

“I got great help and support from Séan Monaghan and I don’t think I could have done it without him to be honest.

“He was there helping me all the time and he was a really big help to me.”

And, as the ploughmen and women across the county return to normal this week after what can only be described as a competitive and challenging few days down in the Co  Offaly town last week, the new All-Ireland ploughing champion is staying focused.

“While I haven’t thought much about next year yet, “ he laughed, “I probably will participate in the Longford Ploughing Championships next year again.”

Conor  said he was now bitten  by the bug and would continue  to improve his skills and see what happens next year.

“I have no doubt that I will compete again,” he added.

Co Longford has been to the fore in keeping the ploughing tradition alive and each year for the past 16 years, Longford Ploughing Association (LPA) has run the novice event just prior to the local championships.

Many of the great ploughmen and women have emerged from this event, so it was with great appreciation here in Longford that the introduction of the Novice Class at national level was met.