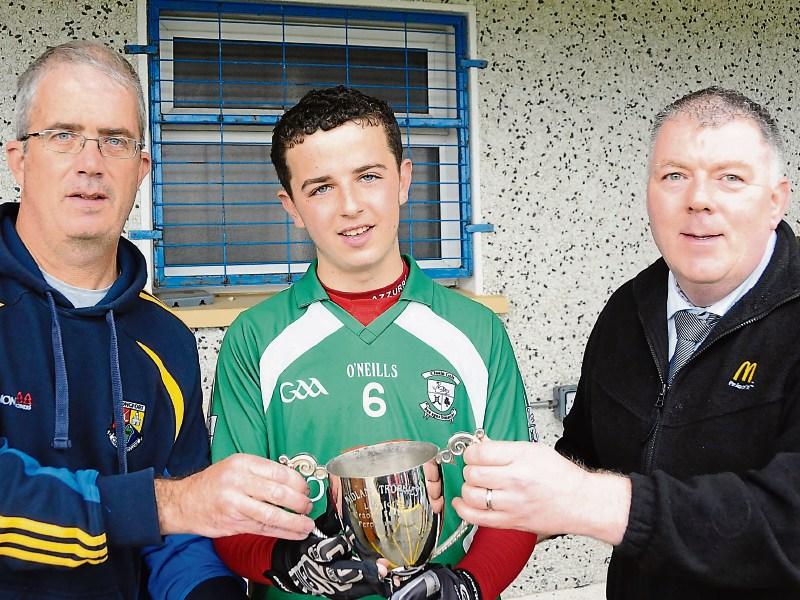 The Newtownforbes side lost the final last year and avenged that defeat with a stunning performance, especially during the extra-time period where they completely swept aside the Carrick Sarsfields challenge.

Liam Sheridan was Clonguish Og’s main man, putting in a superb individual display by clocking up a total of 3-6. He had the first chance to opening the scoring when he brought a good save out of Carrick Sarsfields keeper Darragh Gunshinan.

Eoghán McCormack got the game’s first score with a good point from play. Sean Donohoe followed that up before Patrick Murray scored a goal to give Carrick Sarsfields a five point lead after 10 minutes of play.

A  free and a goal from Liam Sheridan cut the deficit to just one point by the 19th minute but Carrick Sarsfields replied with four points in a row to give themselves a five point advantage going in at the break; 1-6 to 1-1.

Liam Sheridan hit over two points for Clonguish in the early stages of the second half (one free) and then Ryan McHugh followed up with a point to leave two between them. Eoghan McCormack fired over a free but Clonguish responded with two McHugh points to cut the gap to one by the 44th minute.

Carrick Sarsfields replied with a somewhat fortunate goal in the 47th minute; Sam Ward capitalising on a mistake by a Clonguish Og defender to put his side four ahead. Liam Sheridan then hit two points (one free) before Carrick Sarsfields lost Peter Dempsey when he was sent off for a second yellow card.

With numerical advantage Clonguish Og were able to punish a mistake by Carrick Sarsfields as substitute Sean Carey grabbed a goal in the final minute of normal time to edge his side in front by a point.

Despite going back to a full team for extra-time, Carrick Sarsfields just couldn’t cope with Clonguish as they ran riot in the extra 20 minutes of play. Sean Carey hit the crossbar before finishing off a Rian Greene pass in the 65th minute to put his side ahead by a goal.

Just before half-time in extra-time Simon Moorehead set Liam Sheridan up to grab his second goal of the game and his side’s fourth as they went ahead by six points. The scoring didn’t end there and Sheridan got his third goal and added a free shortly after to stretch the lead to 10 points.

Carrick Sarsfields only score in extra-time was a point from a Aidan McGuire free late on and substitute Gavin Skelly sealed a great win for Clonguish with a goal right at the end.