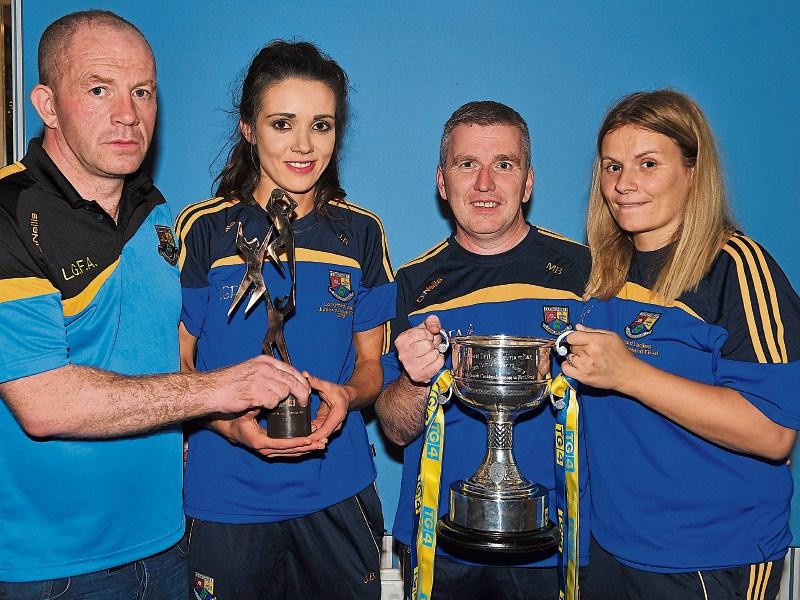 Jacinta Brady has experienced some highs and a lot of lows while playing for Longford. As All-Ireland Final appearances eluded her she believed she would never get a chance to grace Croke Park.

On Sunday not only did she fulfil a dream, she also won an All-Ireland Junior medal and the player of the match award. The unassuming Killoe player admitted she never thought a day like Sunday would ever come.

“After Diane (O’Hora) left things seemed to fall apart. I thought I would never get to Croke Park. Coming in on Sunday  I said to the girls ‘did we ever think we were going to be here’. We had strong teams but just didn’t have enough to get over the line. Hopefully we can kick on from here. We can build on this success for next year.”

It would have been easy to forgive Brady if she had decided not to return to the Longford panel after taking a break. She decided to come back to the fold this year and she’s delighted she made that decision. “Oh absolutely. I missed it. It does take up a lot of your time but I don’t know what else I would be doing. You enjoy it so much. The girls do become like family. “

After a disappointing first half display from Longford, Jacinta admitted that selector Dara McGann gave them some inspiring words of wisdom at half-time. That’s what drove them on in the second half: “We were very nervous going out there. We started to pick it up in the last five minutes before half-time. It was more what Dara said. She never thought it would take 19 years for Longford to get back here and for us to just go out there and let it pass us by; it wasn’t just coming here to play in Croke Park it was coming here and we were going to win.”

As well as McGann’s team-talk having belief in their ability was key to Longford’s success.

“I had no doubt in my head that we were going to win and everyone thought the same.”

Brady was modest about claiming the player of the match award. She was a driving force at midfield and her first goal started the remarkable comeback.

She said: “I couldn’t do it with having the players around me. It’s not just about me. I won it for all the girls.  I was just fortunate to get the award.”

Brady acknowledged the contribution manager Miceal Bohan and his backroom team of Seamus Mullen and Dara McGann have made this year.

“When times were tough at the start of the year we had small numbers coming out. Even up to summer it was the same but they kept with us. I know a lot of managers would throw in the towel early on but the mentors kept plugging away and they got their  reward with the All-Ireland win.”