Longford Lip Sync hosts all the stars this weekend 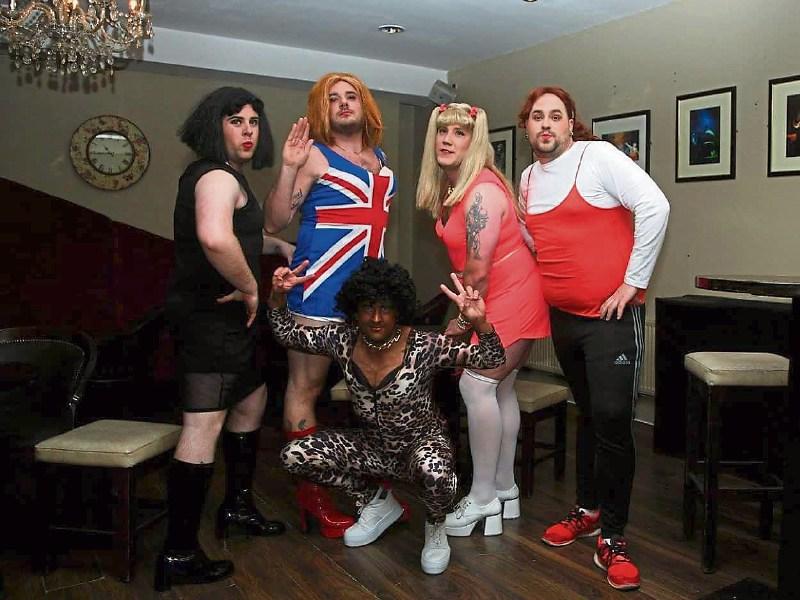 That’s basically when a large group of locals come together and perform as various well-known musical artists.

The word on the ground is that you can expect performances from the likes of Nathan Carter, AC/DC, Meatloaf, The Backstreet Boys and many, many more.

Proceeds from the night will go to two very deserving  local charities – St  Christopher’s and Bethany House - and tickets are still available for both nights but are selling fast so early booking is advised.

Tickets cost just €20 each and can be purchased from any of the performers or from the following outlets in Longford town: Kavanagh’s Bar, Earl Street;  Telecho, Grafton Court and  Kevin's Dry Cleaners, Dublin Street.

The event is being organised by a group of local friends who were invited to take part in a similar, hugely successful,  show in Mullingar recently.

Aaron Hussey, Kevin Hussey, Paul Campbell, Mark Canty and Eddie Clabby, who all hail from Longford town, have now  roped in several friends and familiar faces to put on a show-stopping event this weekend at the Longford Arms.

Over the two nights, audience members can look forward to seeing the likes of  the 2016 Longford Rose, Caroline Doyle; Fr Joe McGrath; Colette Reynolds of Hair Square; famed barbers Ben Hussey and Declan Donohoe, beautician to the stars, Trisha Farrell; and many more as you will never have seen or indeed hoped to have seen them before!

Also, there are a number of interval acts  lined up, including popular local soprano Alex Sheridan and - flying in  for two nights only -   the Spice Girls.

To be honest, the years haven’t been kind to them,  so please be sympathetic!

The full list of participants taking to the stage for the Longford Lip Sync Shows are as follows:

After weeks and months of rehearsals, the acts are now putting the finishing touches to their performances,  for what is guaranteed to be two very  memorable night, so don't miss out!

To keep up to date with the latest Lip Sync news ahead of the weekend, search for Lip Sync Longford on Facebook.