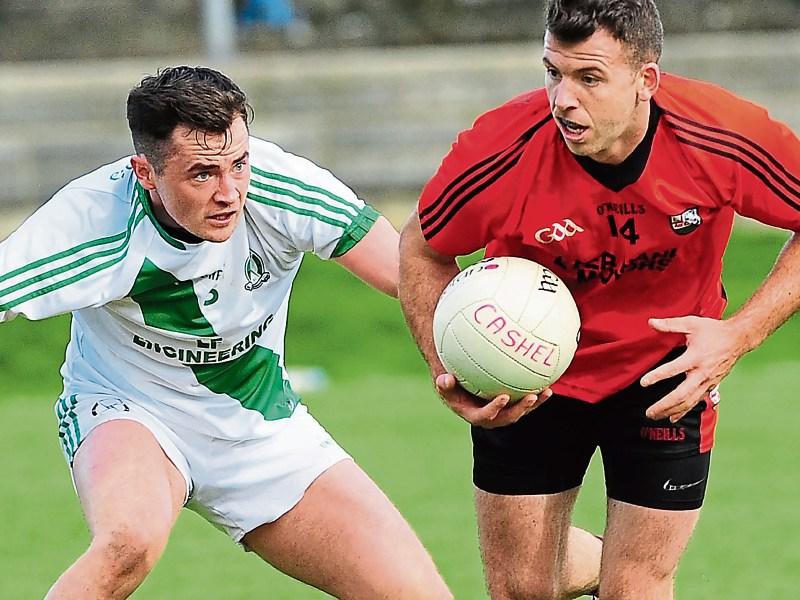 Last December when St Brigid’s Killashee lost the Leinster Junior Final Willie Skelly was in two minds of whether to hang up his football boots or not. After losing the Longford Intermediate Final and then the provincial one,  the experienced forward felt he had to make a decision.

Willie decided to tog out again this year. Giving no commitment, he wanted to see how things would turn out and it brought him back to Glennon Brothers Pearse Park and another county final. But this time there was a better ending and he is still pointing the way for his club after  shooting 0-6 in the title triumph.

Speaking to the Leader after the victory over Cashel he said: “I just started back and didn’t commit to anything. I wanted to see how things went. One thing led to another and here we are in September again. It’s great. It is a bug. It’s a huge thing to play with your club.”

After last year’s disappointment of losing to Rathcline in the final, Skelly was delighted his club were able to make amends for that on Sunday.

”It’s great to win your own club championship. We are an Intermediate club and it’s just brilliant to win the county title. We did it in style in the end. Our backs were against the wall at half-time but in the second half we just went for it. We had nothing to lose and it paid off.”

The first half was not pretty but Killashee upped their performance in the second half as they stormed to an eight point win. Skelly said: “It was a dogfight out there. We have huge respect for Cashel and we always thought of them as the better country neighbour. We came out here as underdogs and we went for it.”

St Brigid’s have a good blend of youth and experience and Skelly admitted that it was the younger players that made the difference on this occasion.

“It was the young lads that won the game for us. They were absolutely brilliant. Every one of them stepped up to the mark and particularly so in the second half. The energy, commitment, intensity, everything about them. They were awesome. It’s time to walk away when you see lads like that coming on. It’s good for Killashee.”

Skelly was full of praise for the man that led Killashee to their first championship title in five years; Ray Curley.  “Ray  is brilliant. This time last year we were here and he was in tears. Everyone thought of that before the game on Sunday. The effort he has put in all year for us; I couldn’t speak high enough of the man.”

Sunday’s title win saw the 38 year old claimed his third Intermediate medal.  With the competitiveness of the championship now and the fact that Killashee went unbeaten it was the sweetest victory of the three.

“For us to win it this year we had to beat all the big teams bar Connolly’s and Cashel beat them in the semi-final. We have beaten Cashel twice now and I think overall when you look back on the whole championship you would have to say that Killashee fully deserved to win the title.”