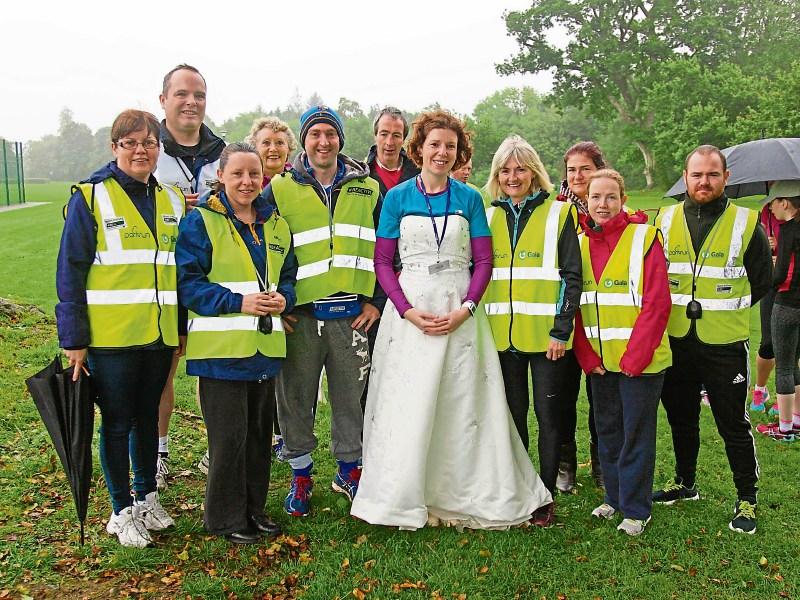 As part of the new charity campaign for the Irish Cancer Society, Isla joined with parkrun participants in her wedding dress to complete the 'Dare to Care' challenge.

“It went well,” said Isla speaking to the Leader on Monday.

“I walked more that I ran and I can’t really take any credit for the fundraiser because it was Today FM’s idea but I was really surprised by how willing people were to donate to the cause.”

Having lost three of her grandparents and an uncle to Cancer, Isla has wanted to do something in their memory for a while.

As she said herself, the right opportunity never seemed to arrive  until recently when she looked in her wardrobe and the wedding dress was daring her to do something!

“So, this was it,” smiled Isla who has already raised over €1,200  with money still coming in.   “I haven’t really asked anyone to donate but  everyone has a story about Cancer and it is relevant to so many people, so people really got behind this fundraiser and that has been brilliant.”

Isla also confessed that she did not mind getting mud, dirt and rain on her precious wedding dress during the fundraising run which she added, “was very successful overall”.