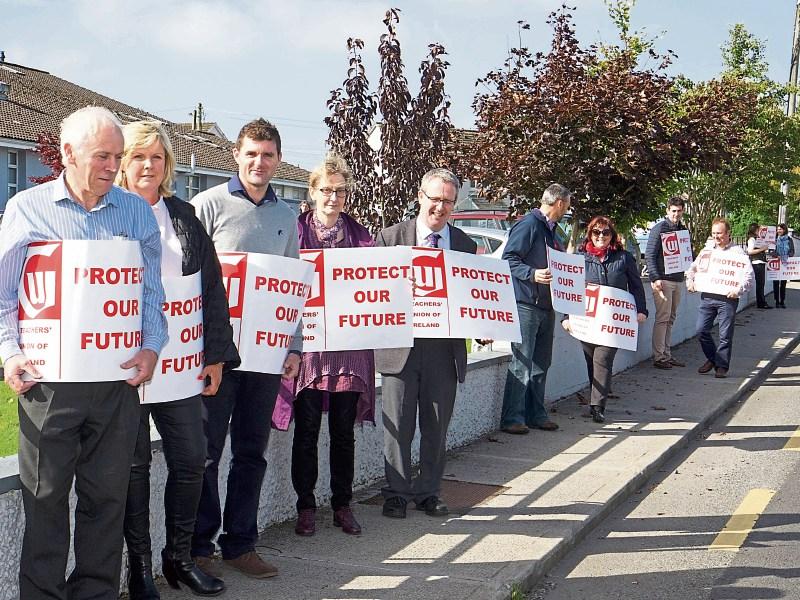 Teachers at four Longford secondary schools under the patronage of Longford/Westmeath Education and Training Board (ETB) are threatening to intensify their campaign in a simmering row with education chiefs over alleged failures to implement nationally agreed grievance procedures.

More than 280 Teachers’ Union of Ireland (TUI) members from schools in both counties held lunchtime stoppages yesterday (Tuesday) over the dispute.

Union representatives claim the row centres on the ETB’s decision to appoint an external candidate to cover a Principal’s maternity leave at an unnamed  school.

Speaking to the Leader, Longford TUI representative, Declan Flanagan, a teacher at Ardscoil Phádraig in Granard, said the matter has become a major cause for concern in recent days.

He said the current Chief Executive (CE) of Longford/Westmeath ETB, Christy Duffy refused to acknowledge the grievances lodged by teachers when the decision was made.

Mr Flanagan pointed out that in such cases, the Deputy Principal would be next in line for the appointment and if the candidate was not suitable thereafter,  other staff members would be considered for the role.  See this week’s Longford Leader for more details.