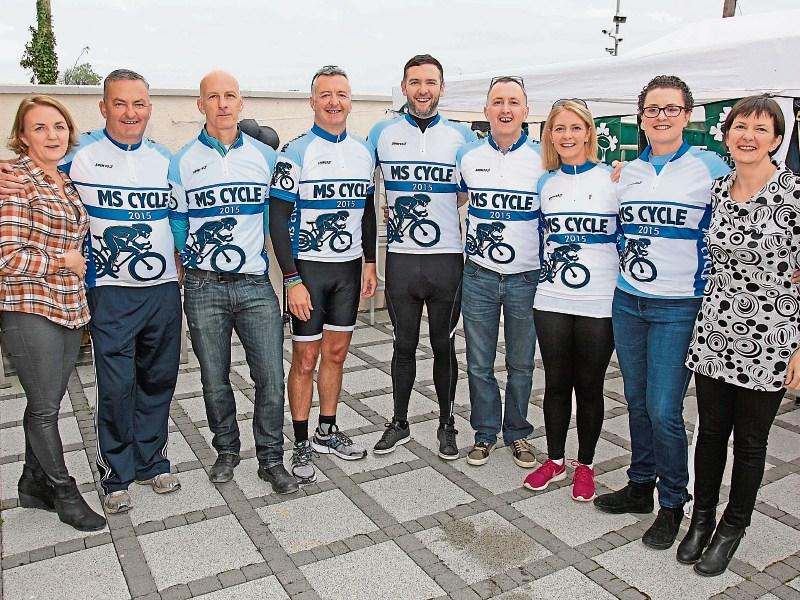 The Considine family are well known in Longford town and over the years a large band of brothers and sisters have been involved in so many groups and organisations.

For a number of  years they organised the successful MS Cycle, which set off from Longford Rugby Club and saw hundreds of cyclists make the journey to and from Carrick-on- Shannon.

In the best tradition of all events organised by the Considines the best part of the day was never the cycle itself but rather the social get together back in the rugby club that evening!

Over the years, the Cycle for MS event raised in excess of €100,000. It was a huge effort inspired by Eamon Considine, who has MS and will be known to many. For several years he was the local Garda in Tarmonbarry.

This year the cycle has been rebranded ‘Cycle for LARCC’ and this time the Considine family and friends want to raise as much money as possible for LARCC, the cancer support charity in Multyfarnham.

In 2014, Dearbhla Considine was diagnosed with breast cancer. It was a difficult time for Dearbhla, husband, Phil Cox and their two beautiful young daughters, Emily and Rachel, who were ten and eight years old.

The family got huge support and help from the LARCC centre and as proud mammy Dearbhla  enjoys her recovery, they are determined to do what they can to support LARCC.

Earlier this year, the team at Ward’s pharmacy ran a very successful coffee morning and many will remember Dearbhla from her time behind the counter at the popular pharmacy.

Then when Longford native and popular artist Zita McGarry Kelly, donated a painting, the family organised  the ‘Art for LARCC sake’ art auction at the Backstage theatre, which raised €5,035.

So now the focus is on the Cycle for LARCC event on Saturday, October 8, which will see several hundred cyclists set off from Longford Rugby Club and make their way to and from Carrick on Shannon. It is a total of 65 Kms.

You can, if you feel a little less energetic, cycle one way and team Considine and their merry band of helpers will ensure your safe transport back to the capital.