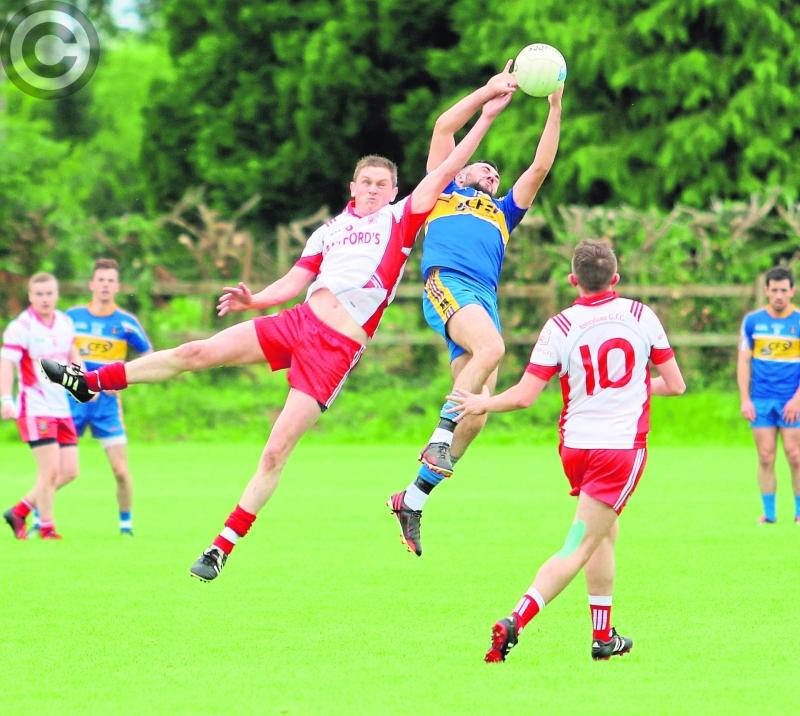 Abbeylara, beaten 1-11 to 1-14 in last year’s county final by Killoe Emmet Óg, haven’t won the Sean Connolly Cup since 2006 and they’ll be striving to win a third county title when they square up to Mickey Graham managed Mullinalaghta, who themselves must go way back to 1950 for their last county success.

Robbie Smyth accounted for six of Abbeylara’s eight points but the huge talking point afterwards was Dromard’s incredible squandermania - they ended the match with 17 wides to Abbey’s 8. Cian Mimnagh was also Dromard’s only scorer from play, accounting for 0-2.

Aided by the wind, Abbeylara, who previously defeated Dromard by 1-15 to 1-10 in Round 3 of the group stage of this year’s championship, enjoyed a 0-3 to 0-1 half-time cushion.

Jason Kelly got Maurice O’Connor managed Abbeylara off the mark, with their remaining 1st half points being accounted for by Smyth.

Dromard’s only score came courtesy of Cian Mimnagh. Sean Hagan’s side, despite facing the elements, did enjoy plenty of possession but their shooting was dire and they amassed nine wides during the opening thirty minutes.

However, Abbey’s ace marksman Robbie Smyth effectively killed off the contest as he popped over two points in quick succession, and this left three points separating the teams, 0-7 to 0-4 with 52 minutes elapsed.

Dromard sub Jamesie Martin was shown a black card in the 53rd minute and he was replaced by James Mimnagh.
In the 55th minute, Abbeylara sub Russell Brady sustained a serious injury and there was a lengthy delay as he received treatment before being removed from the pitch on a stretcher.

The injury to Brady contributed to ten additional minutes being played. Smyth’s sixth point in the 67th minute proved to be the insurance score for Abbey, 0-8 to 0-4.

Before the welcome shrill of the final whistle, Dromard managed a consolation point and Abbeylara’s Cormac Smyth picked up a late black card.