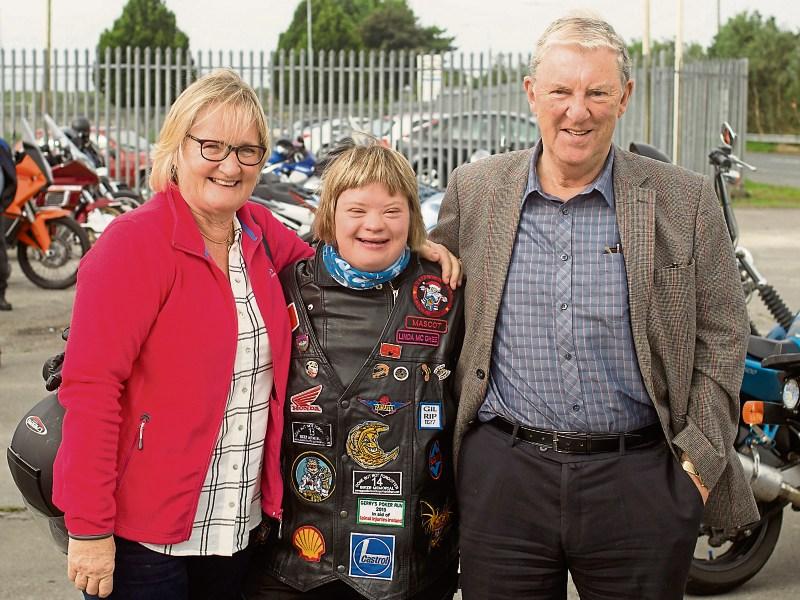 Well-known local biker Linda McGee raised over €1,700 for Special Olymics Longford by combining her enthusasim for biking with her love of sport, in a fundraising bike ride 'Linda's Run'.

Linda  is a notable figure in the motorbike scene, most recognisable wearing her familiar helmt.  She's often found riding with her pilot Billy Behan who described her as a “legend in the biker community”.

The 27-year-old said she has loved motorbikes ever since she was a little girl and two years ago fulfilled her dream of becoming a biker, going on regular spins with her biker friends.

Having qualified to go forward in swimming and bowling in the National Qualifiers for The Special Olympics, the Longford town native decided to put on a fundraising drive for Special Olympics Longford, which took place on August 7.

The offical mascot of Bikers for Bethany, Linda is accustomed to donning her leather for charity. Explaining the motivation behind Linda's Run, she said “a few months ago myself and some of my friends qualified to go forward to the next round of the National Qualifiers in The Special Olympics; I qualified in swimming and bowling. I decided to ask my biker friends to help me do a motorbike run to help me raise funds and awareness for Special Olympics Longford.”

Despite the rain, seventy bikers turned out to what she described as a “really great fun ride” where they “rode to Galway City for burgers.”

The fundraising drive was a resounding success, with a very contented Linda handing over the cheque to Liam Madden of Special Olympics Longford.

Speaking to the Longford Leader, Billy praised Linda's efforts saying it was all her own hard work. “It was brilliant, the weather wasn't great it rained and was windy but as Linda herself says 'we're not sugar lumps, we're bikers'”.

Thanking everyone who donated and took part on the day, Linda concluded “I would like to say a huge thank you to all my biker friends that showed up, donated and shared the road to help me raise €1,700 for Special Olympics Longford. “