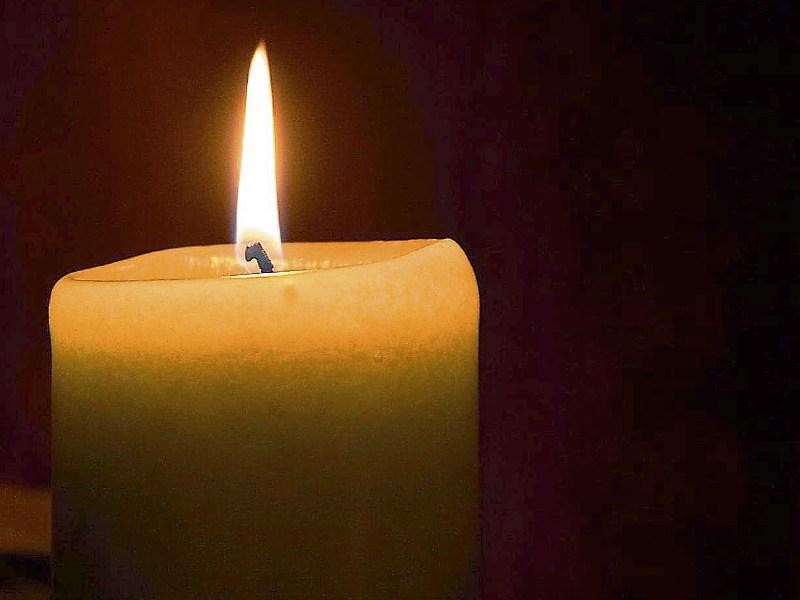 Funeral Mass at 11am on Thursday, September 22 with burial afterwards in Fahy Graveyard, Ballinaglera.

The recent death occurred peacefully after a short illness bravely fought in the presence of her loving husband Michael on Tuesday, September 13, in England of Sylvia Limb (née McCormack), late of Baronstown, Ballynacargy, Westmeath.

Removal from The Airport Mortuary on Friday, September 23 at 5pm to arrive at the Church of the Nativity, Ballynacargy, at 7pm approximately. Funeral Mass on Saturday, september 24 at 10am followed by burial in Sonna Cemetery.

The recent death has occurred on Monday, September, 19 of Frank Smyth, Cappagh, Ballinalack, Co Westmeath/ Aughnacliffe, Co Longford, aged 91 years in the loving care of the nurses and staff of the General Hospital. Mullingar and Portiuncula Nursing Home, Multyfarnham.

Mass of the Resurrection on Thursday, September 22 at 12 noon in St. Mary's Church, Rathowen with burial afterwards in Russagh Cemetery.