Longford man up for innovation award at National Ploughing Championships 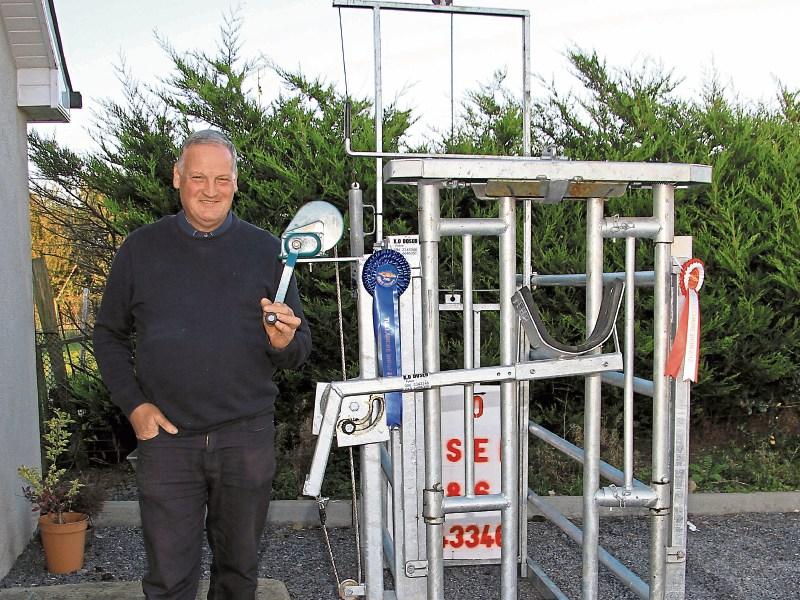 Ballymore’s Vincent Kiernan  is up for the People’s Choice Award in the Ploughing Innovation Arena at this year’s National Ploughing Championships (NPA).

Vincent who farms just outside of Granard has been creating farming products for the last five years that have contributed to the overall modernisation of the industry.

His K.O. Caesarean Aid by Kiernan Trailers is garnering much attention in Tullamore this week and local people are being encouraged to check out the Farmers Journal so that they can vote for the north Longford man.

The NPA Innovation Arena is the perfect place to launch new innovations and this year Irish Farmers Journal readers can vote for their favourite innovation in the People’s Choice category.

The NPA Innovation Arena puts inventions from Ireland on show to the world and helps establish their success by introducing them to the marketplace and facilitating networks that will help them take steps towards achieving commercial success.

This is the first year of the People’s Choice Award and we are offering Irish Farmers Journal readers the chance to vote for their favourite innovation.

The competition takes place over the three days of the National Ploughing Championships from September 20 to 22 and the winner will be announced on the final day.

The list has now been narrowed down to the 10 finalists and the  winner will be announced on Thursday in Tullamore.