'Mean-spirited' Longford County Council back in the game 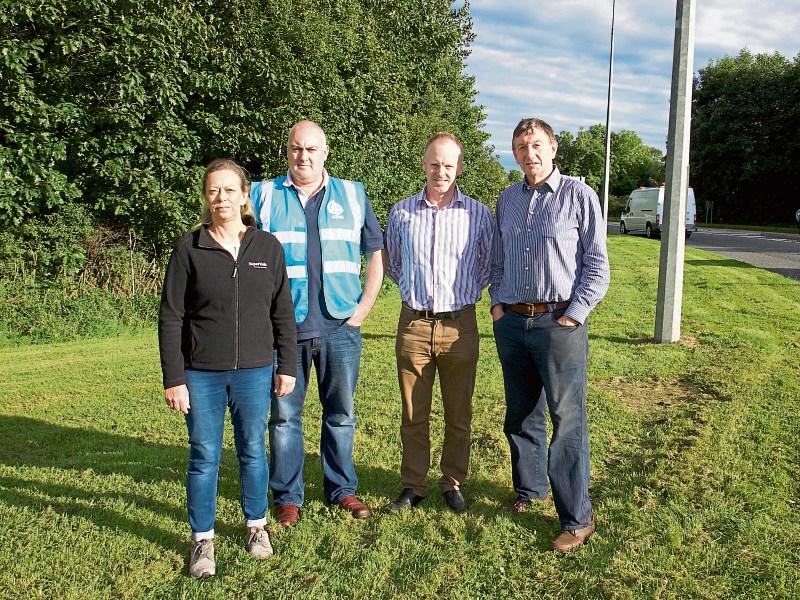 Longford Co Council has done a U turn on its stance over posters erected last week by local business people supporting Mayo in their All-Ireland bid.

On Monday, a number of local representatives said that new legislation in respect of the matter had neither been thrashed out nor debated by them and until that was done, posters erected in good spirit and adorning well wishes should be allowed to remain.

The move is a follow on from last week when a number of business people who placed posters on the Pauric Colum roundabout on the N4 in support of Mayo had their signs removed and confiscated by the local authority.

Speaking to the Leader, Derek Sheridan of Sherpack Ltd, said his sign along the N4 was removed without any warning.

“We have been putting the sign up for the last eight years,” he fumed.

“The real reason behind the signs is to get a bit of business into our town because the Mayo supporters pass through Longford on their way to the All-Ireland.”

Mr Sheridan, whose father is from Mayo, went on to say that over the years many Mayo people have taken photos of his signs and after posting them on social media, received “very positive feedback” about Longford town.

Meanwhile, the local business people were left deflated with the attitude of the local authority.

Val O’Connor, O’Connor’s Florist said his sign was only up a matter of hours before it was removed by Longford Co Council.

“I feel it is very small on the council’ part to do this,” the Mayo man told the Leader.

“Mayo natives have been stopping off in Longford since people started going to live in England 100 years ago.

“Longford Co Council are prepared to take their money, but they evidently are not prepared to wish the side well in the All-Ireland.”

Longford Super Valu’s Hillary Davis - also from Mayo - said Longford Co Council had behaved in a “very petty manner”, however she was one of the first to welcome the latest developments in the saga last Monday.

“The fact is that we are all trying to work together for the betterment of Longford town,” she added.

“Far more will be achieved if we do; all any of us want is to support our team in the All-Ireland final and let them know that they have the support also of the people of Longford.”

She said Mr Mahon indicated to her  that the council would address the issue of temporary signage and get back to her before the replay so that all parties involved could put their signs back up.

“So Mayo get a replay and we get to put our signs up,” she laughed.

However, on a more serious note, she did add, “This is also good news for local groups, clubs and organisations as they will get to advertise local events too”.

Cllr Peggy Nolan (FG) was one of the first councillors to contact the Leader on Monday with the news that the Mayo posters could be erected at various locations for the All-Ireland Final replay in two week’s time.”

“The Council executive,” she said, “have decided to allow posters supporting Mayo to go up in Longford.”

Cllr Nolan also alluded to the new legislation - which has strict rules and regulations around signage and posters on national routes - and said it would need to be “teased out” before any enforcement could be initiated.

Cllr Gerry Warnock said he had been left embarrassed by the attitude and behaviour of Longford Co Council.

“Under current policy regarding erecting signs the council was doing its job,” he said.

“But certainly some discretion should have been used.

“Given the nature of the signage and the unique event, a less heavy handed approach should have been applied.

“Like most things, common sense should be applied where necessary, and this is what should have happened in this instance.”

Ironically, elected members directed just last week that the very policy governing signage on national routes be reviewed and amended to allow for greater flexibility in favour of businesses, festivals and charity events.

This followed on from a Notice of Motion tabled by Cllr Martin Mulleady and was unanimously supported by all members.

“Longford Co Council must review the bye laws governing the placing of temporary event/ business signs on roads and consider the policy regarding the ‘cars for sale stickers’ on the back of national road signs,” Cllr Mae Sexton confirmed on Monday.

In a statement Longford Co Council said that following on from last week’s meeting of Longford County Council it was agreed to review the local authority’s policy regarding temporary signs adjacent to public roads.

“Longford County Council has put in place a relaxation of the current council practice pending the outcome of this review,” a spokesperson stated.

“Longford County Council is arranging to return to the appropriate people/businesses, signs which may  have been removed by the Council from the vicinity of the N4 in recent days.”