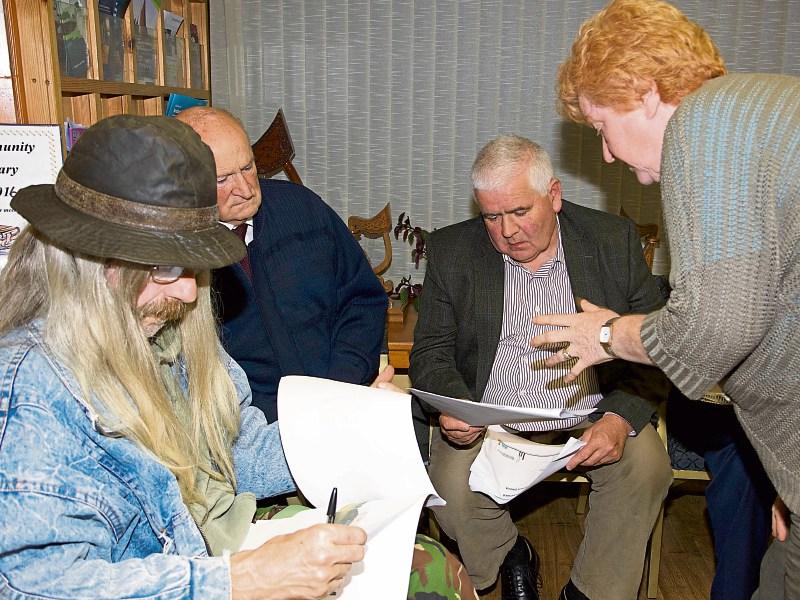 Committee members behind one of north Longford’s most historic former trading sites are to  open talks with local authority officials in an attempt to return it to its former glory.

Representatives from Granard town’s Buttermarket Committee held a public meeting last Tuesday evening after €25,000 in state funding was set aside for the project.

The five figure sum came from a €10m Town and Village Renewal Scheme which was unveiled last month by Arts and Heritage Minister Heather Humphreys.

Cllr PJ Reilly, who formally announced the windfall in a recent edition of the Leader, said despite the announcement County Council chiefs were keen to expedite the issue as soon as possible.

The logic behind that focus, he said, was primarily down to a need to verify the site's property deeds.

“They (Council) want to get the ownership of if validated straight away because in order to draw down funding you have to  establish ownership and they want to have this done by the end of 2016,” he told the meeting.

Established in 1836, Granard Buttermarket had been one of the region's major trading localities where artisans routinely sold their produce and wares on a weekly basis.

The marketplace stayed in place until shortly before World War One commenced in 1914 and has remained closed ever since.

Hopes of its long awaited reemergence have resurfaced from time to time albeit in the face of ongoing financial difficulties.

Its location, close to the town's former Ulster Bank headquarters, meanwhile, prompted questions from the floor over parking and access.

Other speakers, however, were keen to talk up the prospect of perhaps enlisting local organisations such as the ICA to set up base in time.

“It's gates have been restored and Granard Area Action Group have cleaned its cobblestones and made great work of it,” said an evidently enthused secretary, Nancy Carr.

She also revealed a Church Gate collection would take place over the course of December 3 and 4 with a view to raising additional monies for the project.

Despite that, concerns arose when it emerged banking fees were slowly eating into the €600 which had previously been raised for the venture.

“It's a start, it may be only a basic start, but it's a start,” at least said Cllr Reilly.

They were sentiments one interested observer watching on from the floor was  keen to attest to.

“There's lots of things we could do and if you ask me, there's no better history than living history.”