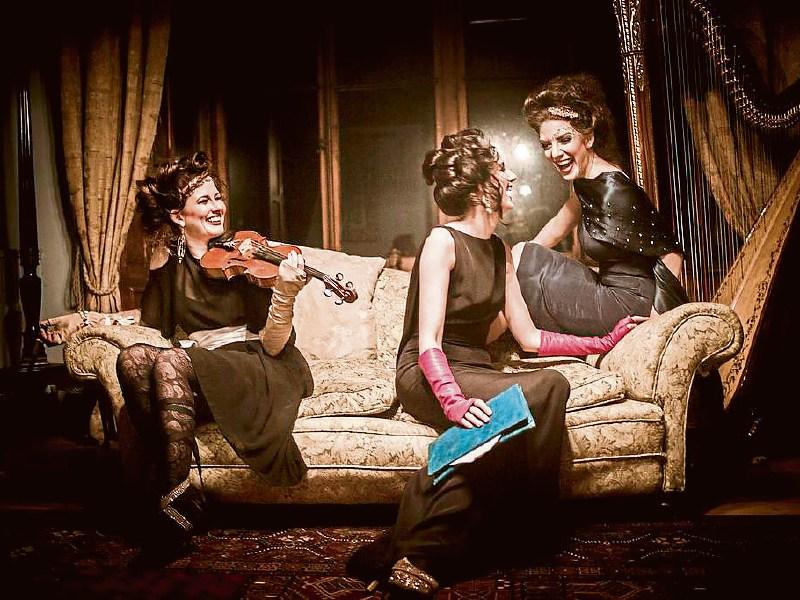 Classical crossover group Affinití return to the Backstage Theatre this week with a show-stopping concert and an incomparable guest star.

Made up of Longford’s very own star soprano Emer Barry, as well as Harpist Aisling Ennis and Violinist Mary McCague, Affinití will be joined on stage by Howard Crosby, the nephew of the late, great Bring Cosby for an evening of music from the movies.

“We met Howard Crosby about three years ago,” Emer told the Leader last week. “We were doing a charity event in the Concert Hall.”

After discovering that both acts had separately recorded ‘La Vie en Rose’, an impromptu duet was performed in the green room and a magical combination was born.

Following on from that, the talented Irish trio soon set out to perform a few gigs in America with Howard, and Howard later returned to Ireland with Affinití for a Christmas show, which sold out the Mansion House.

This time, they return to Ireland for three unique, intimate and very special gigs.

While the spotlight will be very much on Affinití, Howard’s friendly personality will shine through, as he speaks about his uncle and performs a few songs. He will also duet with the girls throughout the show.

There’s something for everyone at this concert as, while the focus is on older movies and music, there will be songs from Disney films including ‘Frozen’ and ‘Mary Poppins’ and well known musical movies such as ‘Once’. There will also be a tribute to some of Hollywood’s best loved leading ladies.

Affinití will perform at Dublin’s Sugar Club tonight, Wednesday, before bringing the concert to the Backstage Theatre tomorrow, Thursday, September 22 at 8pm.