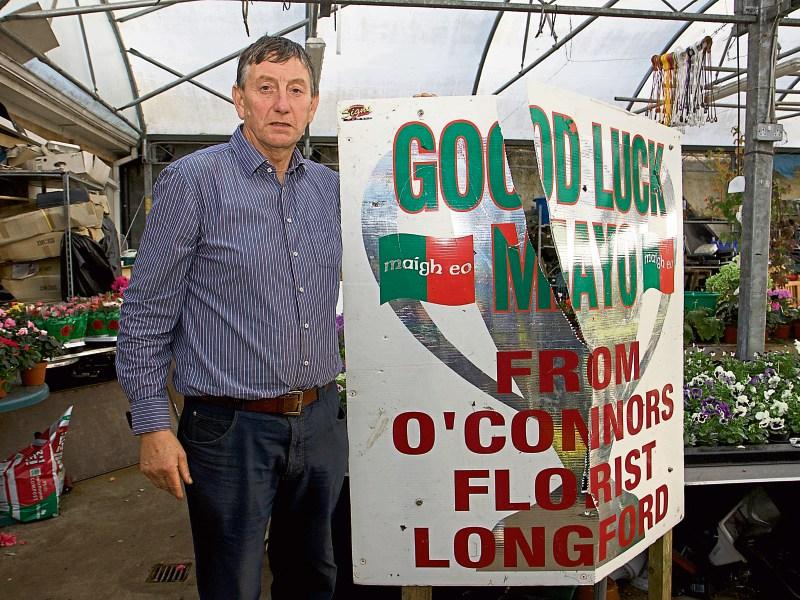 The move sparked uproar from several Mayo born local business owners who had erected signs in the lead up to last Sunday's All-Ireland final.

Others, meanwhile, bemoaned the Council's decision to not only remove the signs, but also dispose of them.

“We have been putting the sign up for the last eight years,”  said an indignant Derek Sheridan of Sherpack Ltd.

“The real reason behind the signs is to get a bit of business into our town because the Mayo supporters pass through Longford on their way to the All-Ireland.”

The issue was one which also took centre stage at a meeting of Longford County Council last week.

A string of elected members, led by Cllrs Mae Sexton and Martin Mulleady called for a review with council chiefs subsequently agreeing to refer the affair to Strategic Policy Committee (SPC) level.

On Tuesday morning, however, a group text message was sent to all 18 members on behalf of CEO Paddy Mahon in which it was decided to 'relax' the Council's  current temporary signage practice ahead of the review.

“It was terribly heavy-handed in the first instance,” said Cllr Sexton.

“Having said that this u-turn by the Council is very welcome and the most sensible approach to take.”