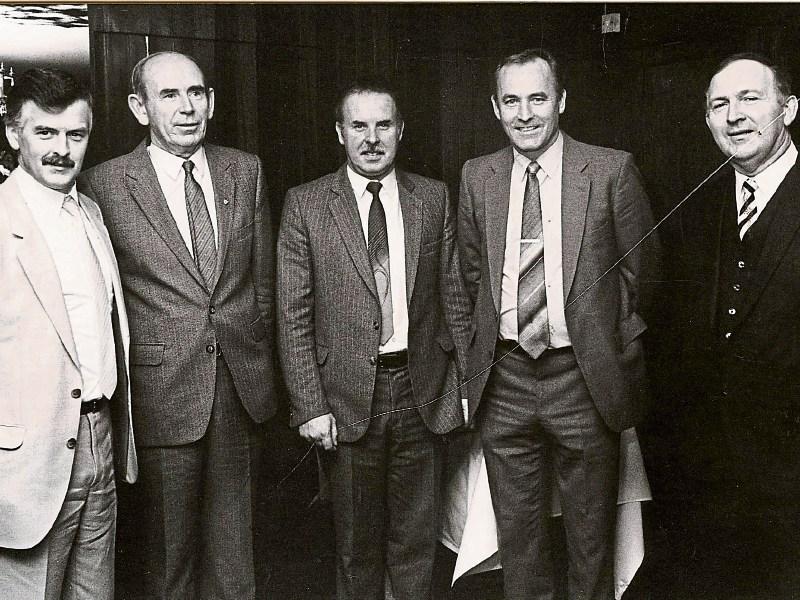 There is great sadness in Longford town following the death of former Garda Inspector, Tony Hynes.

The Mayo man was a long serving Garda Inspector in the town throughout the 1990s and was held in high regard for his commitment and dedication to the local community.

He was a senior Garda in the town at a time when most of the Gardaí stationed here also lived in the town.

Together with his late wife, Brenda, the couple set up home in Abbeycartron, where they raised their three sons, Gerard, Alan and Stephen.

A tall and imposing man, the Mayo native might have looked stern but he went about his profession with great compassion and was a real community Garda in the truest sense of the word.

He was absolutely dedicated to the force and on his retirement worked on improving what was already a decent game of golf.

Originally from Caher, Hollymount, Co Mayo, he was a staunch GAA supporter and will no doubt be willing his county men to victory in tomorrow’s All Ireland final against the Dubs.

His remains are reposing at the family home in Abbeycartron today, Saturday (September 17), from 3pm until 8pm in Abbeycartron with funeral mass on Monday, September 19 in St Mel’s Cathedral at 11am, interment afterwards in Ballymacormack Cemetery. House private on Sunday please.

Beloved husband of the late Brenda, Tony is predeceased by his brother Paddy and his sisters Nora and Mary. Sadly missed by his loving family, sons Gerard, Alan and Stephen,sister Margaret, brother Jimmy, brothers-in-law, sisters-in-law, daughters-in-law, grandchildren, nephews, nieces, relatives and friends. May he rest in peace.

Full obituary in a future edition of the Longford Leader.

The photo accompanying this article is from a Longford Gardaí dinner dance in the 1980s. The annual dance would have been one of the social highlights of the year. Pictured left to right were Det Jim McDonald, Superintendent Brian Grant (RIP), Sergeant Eddie Dooney, Inspector Tony Hynes (RIP) and Sergeant John Cafferkey.