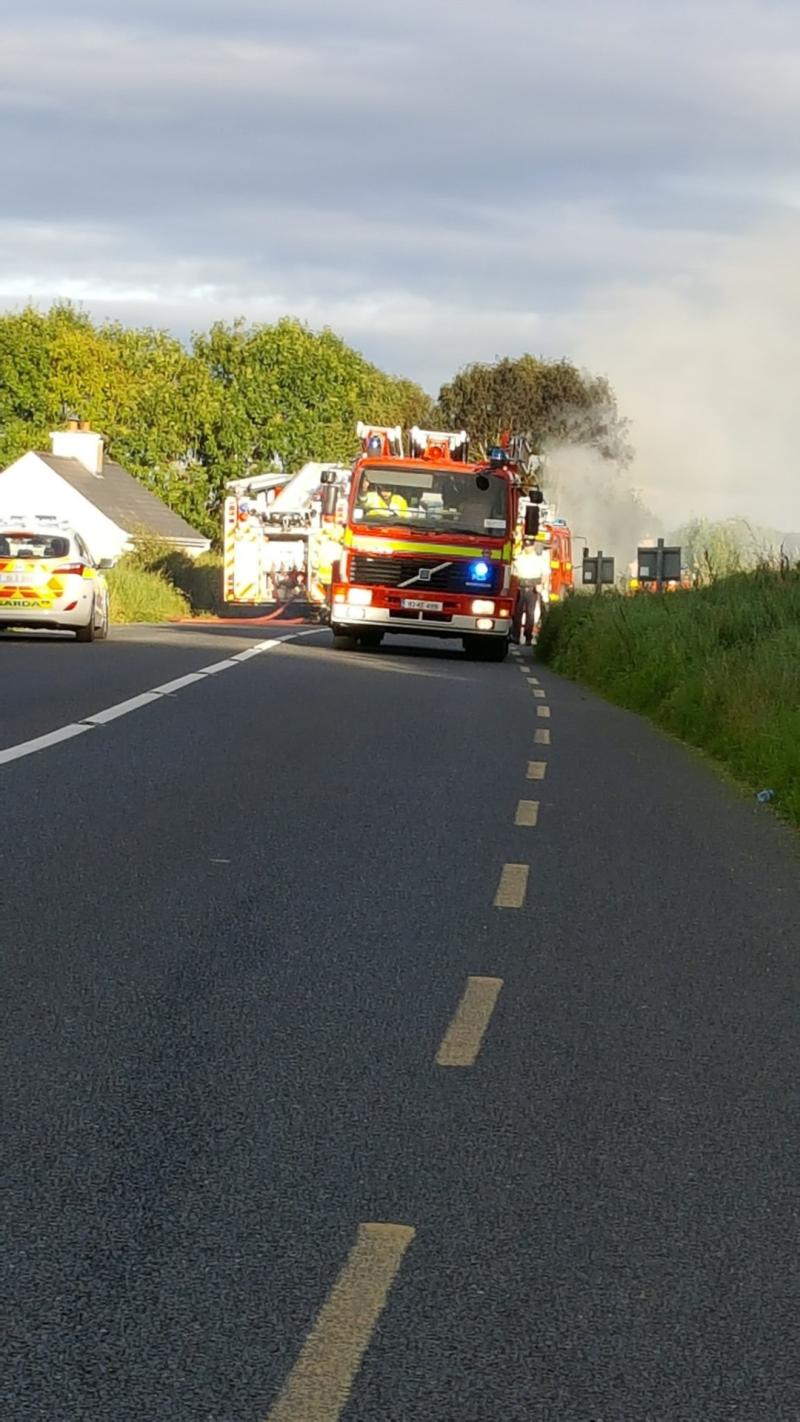 There are reports of serious road traffic delays around Ballymahon and Ballinalack following a truck fire that broke out earlier this evening (Friday, September 16).

Gardai and a number of units from the fire service attended the scene of the blaze which occurred at approximately 5.30pm near Moyvore on the R392 Ballymahon to Longford road.

Traffic diversions are in place and the road remains closed (9.50pm) due to the fire.

Unrelated to the fire, there is a stop go system in operation just west of Ballinalack and this, coupled with the closure of the Ballymahon / Mullingar Road, is causing lenghty tail backs.

Photographer Michelle Ghee captured the attached photograph of the emergency services at the scene of this evening's truck fire.