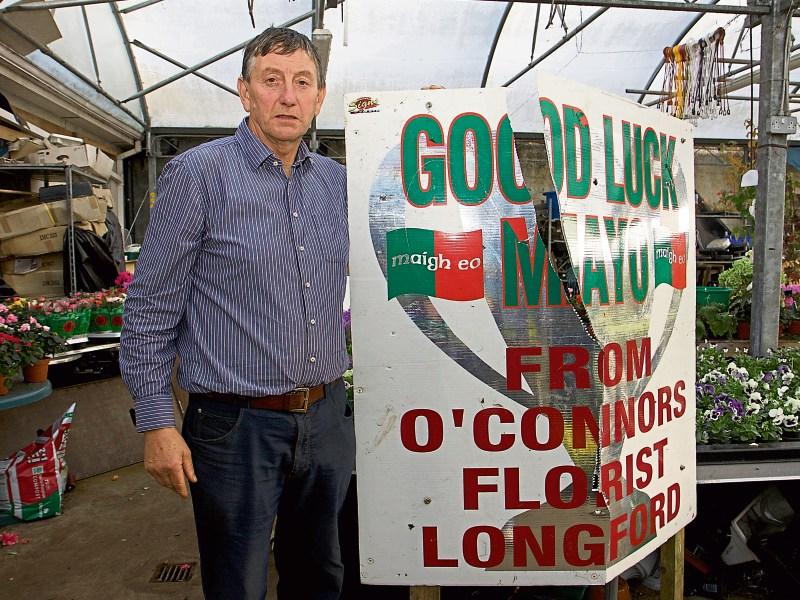 Speaking to longfordleader.ie, Derek Sheridan of Sherpak Ltd,, said his sign along the N4 was removed without any warning.

“We have been putting the sign up for the last eight years. The real reason behind the signs is to get a bit of business into our town because the Mayo supporters pass through Longford on their way to the All-Ireland,” he added.

Mr Sheridan, whose father is from Mayo, went on to say that over the years many Mayo people have taken photos of his signs and after posting them on social media, received “very positive feedback.”

Mr Sheridan continued, “The Mayo people stop off in places like Super Valu, Luigi’s and Hanlon’s; they spend their money in our town and the fact is we need this spending power in Longford town - surely people can see they way our town has gone in the last few years.”

“As far as I’m concerned it was a petty thing to do to remove the signs - all of this is a bit of banter, to try and generate a bit of business locally and to wish Mayo good luck - I think that we would all like to see them winning an All-Ireland.”

He said it is ‘mean spirited’ of Longford County Council to do this and insisted that he will be putting his sign back up.

Meanwhile, Thomas Crummy from Thomas J Crummy Landscaping said he has always felt that the placing of posters in support of Mayo, at that particular roundabout on the outskirts of Longford town was “a nice gesture” by the people of Longford.

“It’s very poor form that the signs have been taken down; we weren’t even notified about the situation and I think that the least that Longford County Council could have done was given us a courtesy call to say they were taking them down.”

The Ballaghaderreen native went on to say that he shared the developments on Facebook and that many of his friends in Mayo responded negatively to what Longford Co Council did.

Mr Crummy concluded, “This had created a lot of ill will now and Mayo people are saying that they won’t stop off in Longford at all on Sunday.”