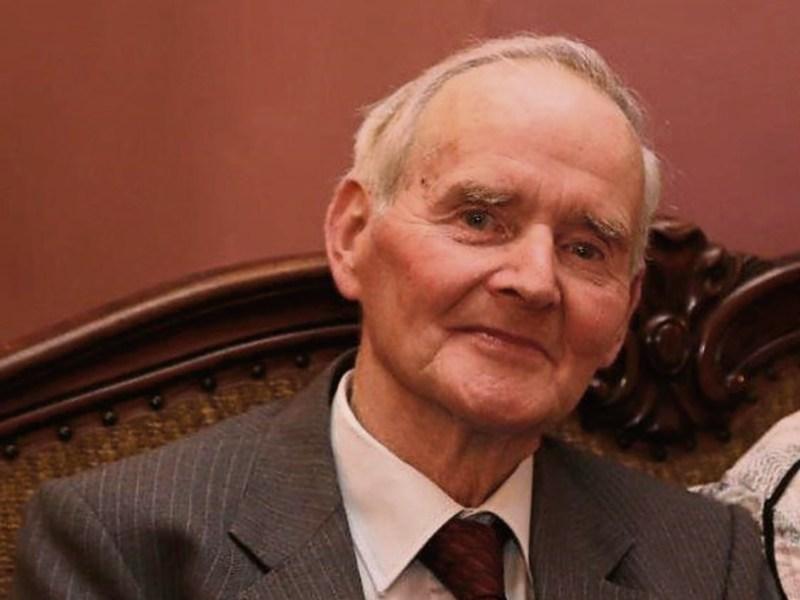 There was great sadness recently at the sudden death of former and revered teacher,   Jackie  Hughes, who for many years was the woodwork  and building studies teacher at what was the Vocational School on the Battery Rd, Longford and is now Templemichael Community College.

Denied the opportunity of finishing school, he believed deeply in the empowerment of education. Whilst like all teachers he delighted in the triumphs of the ‘A’ students, he was forever grateful for and impressed with those who had excelled in the face of adversity or against the odds. Only a short time before his passing he met a former pupil, who told him that his daughter would be attending university later this year – the first from the family to do so. The father was doubtlessly beaming with pride and a delighted Jackie  Hughes was all too happy to share in a magical moment. For this was a teacher who never stopped caring for his pupils and their families even decades after the last bell had rang.

There was a huge attendance at the Funeral Mass in Jackie’s beloved St Mel’s Cathedral and dotted throughout the many hundreds who came were the many builders and tradesmen, who would have started their journey  in the old Room 5 (woodwork room) with Mr Hughes.  Now he wasn’t a man who suffered fools lightly and whilst students first came to know a stern  and complex man, in time they learned that the teak tough exterior hid a deep compassion and desire for each of his pupils to achieve the very best in life. Jackie Hughes was a huge part of the history  of the school having taught there for 27 years (1971-’98).

At the Funeral Mass  for his late father, Pascal Hughes, delivered a beautiful eulogy in which he likened his father’s life story to  the history of modern day Ireland. The much respected teacher and community activist was born in  New York of Irish immigrant parents. Jimmy and Catherine Hughes travelled to America with the dream of earning enough money to come home, buy a farm, build a home and raise a family.   The dream was eventually realised and the family returned to live in picturesque Bundoon in the parish of Killoe.

It was no mean feat given that this was 1930s America and a country in the grip of a deep dark depression but in doing so their probably exemplified the resolve, commitment and determination that was to hallmark the future life of Jackie Hughes. He was just six years old when the family returned to their new life in Co Longford.

A constant in Jackie’s life was his wife, Kitty Doherty. The couple knew each other from the Killoe area and Kitty was at the time in teacher training college when Jackie was preparing to sit his teaching exams. He knew his Irish wasn’t as good as it needed to be and local curate, Fr Michael Egan, advised that he should get some help from somebody who had been through the process. He wisely sought to turn to Kitty Doherty for assistance and the rest is a wonderful history.

They spent fifty plus years together. Kitty was a steadfast companion and they made for a formidable team. Life in 1950s Ireland was much simpler than today and they lived for the simplest of pleasures. Whilst the working days were long and tough, it wasn’t all work and no play. Jackie  would travel by bike and later car to ballrooms far and wide accompanied by his brother Donald – partners in crime and deadly rivals on the dance floor.

The couple’s  outlook on life was simple but exemplary and set the benchmark for their family.  Together Jackie and Kitty were at the heart of community affairs in the Templemichael parish. They were great servants of the church  and they enjoyed a wonderful  and deeply held faith.

Jackie never played football or got overtly involved with his native Emmet Og club  and nor was he politically active but Jackie was at the heart of so many groups and activities across the Templemichael parish and in his native Killoe. With an enquiring mind and a great aptitude for getting things done, he was the right man at the heart of the community as 1950s Co Longford embarked on an  industrial and technological revolution. He was quick to see the benefit of rural modernisation initiatives that were being set up such as group water schemes and rural electrification and he rallied neighbours and parishes to take advantage and participate in those schemes. At the time of his passing he was writing a piece for the historical society on his role in this quiet revolution. Indeed history and specifically local history was another of his great interests and he had been an enthusiastic member of the Historical Society for many years.

It was a tough time to live in Ireland but Jackie always made light of it and he delighted in the fact that he and his neighbours were at the heart of a young and emerging nation. He was a fiercely proud Irishman and delighted in playing a not insignificant role in the development of rural Longford.

He first started to work with Roscommon VEC in 1964 and was hugely instrumental in rolling out their Building & Construction Advisory Service. It was a great initiative of its time which sought to equip farmers and homeowners with the skills necessary to upgrade or improve their homes and farmyards. It involved a heady series of night class across South Roscommon and he made many friends from that era. He later took up a teaching post in Roscommon VEC and was truly delighted then when he was invited to join the teaching staff at Longford VEC in 1971.

Jackie mastered the complexities of most situations but he took a special pleasure in the complexities of construction. For many it was far too complex and as the emerging nation rolled out new planning regulations and requirements, neighbours and friends had no hesitation in turning to the man who would have the solutions. Jackie wouldn’t have wanted a monument in his memory but we will find testimony to his achievements and huge input  in the townlands and square miles that surround us here in Longford and far beyond. We will find it in the family homes he helped design; the haysheds and yards  he helped built; the community centres and classrooms, even the odd church bell tower, including the one in Cullyfad church that overlooks his final resting place.

Jackie delighted in all things Irish and celebrated our culture and heritage at every opportunity. He had a great passion for poetry and whilst they didn’t necessarily like it at the time, I know all the children  can now fondly recall and recite particles of poems that he would have had them learn by heart around the kitchen table.

A lifelong Pioneer, he much preferred a day in the bog than an evening in a bar. He delighted in hard work  and it was a huge comfort to family and friends that he was still able to work with the best of them in his latter years. Only a few weeks  before his passing he spent a very enjoyable few days toiling in Ferefad bog. Having spent the bulk of his life in rural Ireland, it was no surprise that he loved his garden and took a special delight in the seasonal changes and always strove to give the plants and flowers the best possible chance to flourish.

The strongest of Christian values ran through the veins of the late Jackie Hughes. With his beloved wife, Kitty, he was very involved in Templemichael parish and the recent completion and re-opening of St Mel’s Cathedral was a special moment for this couple. But he didn’t wear his devotion on his sleeve but rather he set about living a life that saw him forever keen to aid and assist those in difficulty or labouring  with a problem. He was a role model for us all. Over the years he was an enthusiastic member of the Cathedral Circle team where the weekly draw is an important revenue stream for the Templemichael parish.

Family was hugely important to Jackie and he took a great interest in the lives of all his young adult children whilst the arrival of his beloved grandchildren, Keara, Killian and Jack, secured them an especially large chamber in his heart.

His remains reposed at the family home before being brought to St Mel’s  Cathedral for funeral mass and burial afterwards in Cullyfad cemetery.