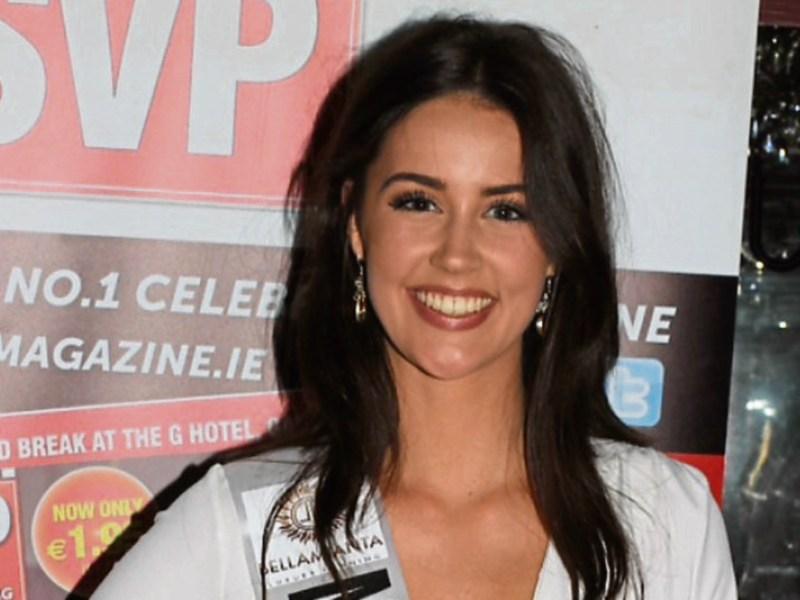 A Newtownforbes woman is currently vying for the Miss Ireland title.

Leanne Gray, a native of Cloonteagh and daughter of Denis and Lila Gray lives in Dublin  where she works in the Bank of Ireland.

The 22-year-old saw an advertisement on Facebook for the Miss Ireland competition and after entering it she was selected as Miss RSVP magazine for the finals.

She will be the magazine’s representative at the grand finale of the competition at the Crown Plaza Hotel in Dublin on September 23 next.

It’s an exciting time for the 22-year-old, former student of Newtownforbes National School and Moyne Community School who studied English and History in university and is planning to undertake her Masters Degree shortly.

“When I saw the advertisement for the Miss Ireland competition, I said I would go for it; it is an honour to represent young women on a national platform and this is something that I have been interested in for a long time,” added Leanne.

The local girl is also holding a number  of fundraising initiatives in Longford town this weekend.

A Coffee Morning in aid of Longford Centre for Independent Living Service will be held at the Temperance Hall Longford on Saturday, September 17 from 11am to 1pm.

All funds raised on the day will go directly to the provision of a  personal assistance service for people aged 18 years to 65 years in Co Longford who have a physical or sensory disability.

From 2pm later that day, Leanne will also attend a Coffee Morning event at Fabiani where all funds raised will be handed over to the Mental Health service Jigsaw.