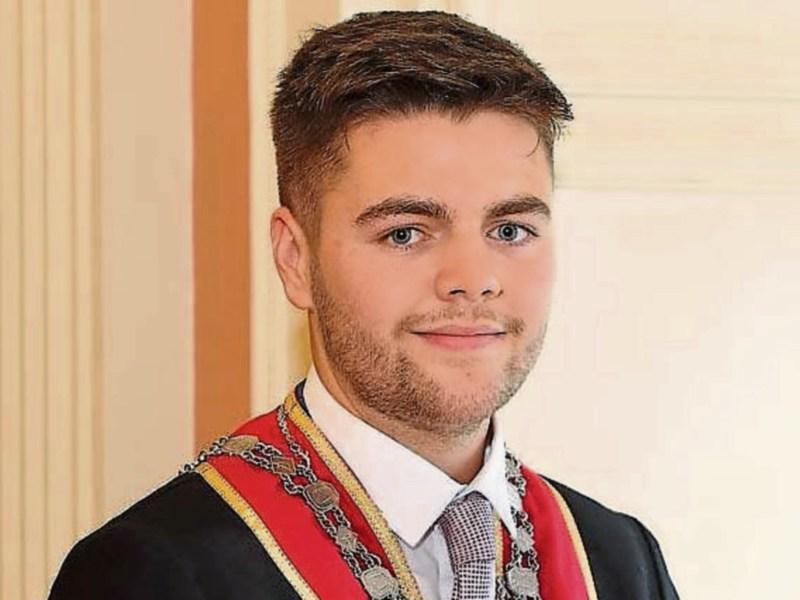 A County Waterford councilllor, who became Ireland's youngest serving county and city mayor earlier this year, has spoken of his deep-rooted ties to north Longford.

Twenty-two-year-old Adam Wyse created history back in June when his fellow political peers elected him to the position of county and city mayor.

It was an occasion of immense personal as well as professional pride for the Business Studies graduate.

Much of that feeling of self-fulfilment was tinged with sadness following the sudden passing of his father,  Gary in October 2013.

The emotional upheaval brought about by the loss of his father inadvertently thrust Adam into the spotlight and  eventually culminated in his co-option on to the council just two months later.

In June, the young but acutely ambitious Fianna Fáil councillor was elevated to the role of county and city mayor, and in so doing became Ireland's youngest first citizen in living memory.

This week, it has emerged Cllr Wyse also carries strong north Longford links that can be found in the rural surrounds of  Ballymore, not far from Granard town.

His maternal  grandfather, Johnny Higgins, despite being an Orchard County resident,  is a born and bred Ballymore man.

“My grandfather has always been a huge help to me both inside and outside of politics,” Cllr Wyse told the Leader this week.

“He is someone I have and continue to look up to and whenever I have a difficult decision to make, he is the first person I would call.”

The well spoken charity patron even revealed how the pair had only just been discussing past glories mere minutes before picking up the phone to the Leader.

“I have heard plenty of stories from Grandad about Ballymore,” he added.

“Today he showed me a piece he sent in to the Leader's Readers Forum page five years ago about life in Ballymore.

The same can also be said of his grandfather's time spent in the UK where he helped found and became president of  an Irish community centre.

Like his grandfather, Cllr Wyse spoke glowingly of his grand uncle, the late Paddy Higgins.

The former president of Ballymore GAA Club only passed away in August last year, two years shy of the club's 50th anniversary.

Looking ahead to those celebrations, the recently-elected Waterford mayor didn't rule out making the journey home with his grandfather, saying: “I'd love to because I'm so proud to say I have roots to that area.”