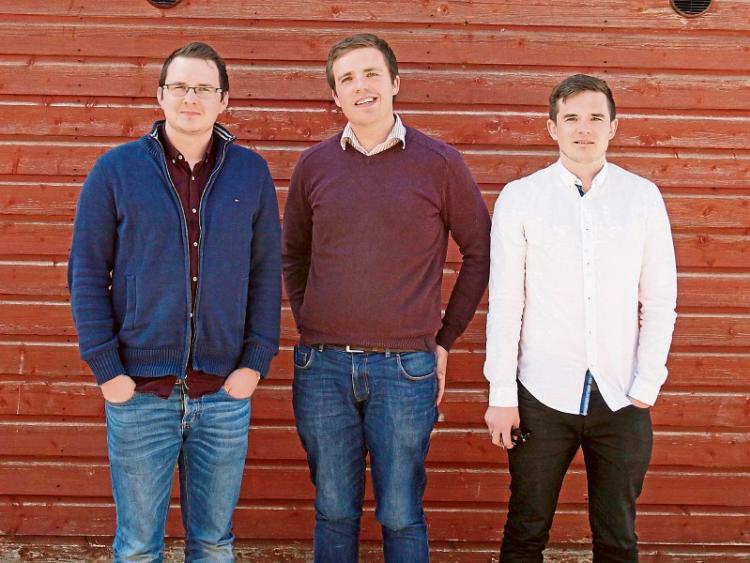 Longford men Brian O'Rourke, Alan Farrelly and Sean Byrne have been helping Dublin commuters stay on track in recent days amid the chaos of the Dublin Bus strike.

Brian and Alan from Kenagh and Sean, who hails from Ballymahon, set up CitySwifter.com, which previously operated under the Huddl.ie and ConcertBus.ie brands. It enables commuters to crowdsource their transport and book private bus seats.

Past pupils of Mercy Secondary School, Ballymahon and graduates of Dublin City University, the trio have been working on the company for months, but it provided a timely solution to the strikes, which took place on Thursday and Friday last. Further strike action is planned for September 15, 16, 23 and 24.

“The aim of the CitySwifter.com platform is not to replace Dublin Bus but instead to empower commuters that have no option but to travel by private car to use a smarter, more sustainable shared transport solution which in turn should reduce congestion on a daily basis at peak times,” said CEO and co-founder, Brian. “It is a cost-efficient long-term solution for commuters.”

A DCU Ryan Academy start-up, CitySwifter.com allows commuters to enter their journey requests. They are then matched with fellow passengers to book private buses that get them to and from their place of work faster at an affordable price.

It is a demand responsive service and unlike   conventional bus companies it does not operate on set routes or timetables. Each collection and drop-off responds to the location and time request of the commuter.

Between September 8 and 9, CitySwifter.com had received several thousand journey requests and has facilitated just over four hundred passenger journeys.

“The site has been crazy,” Brian admitted.

The company has run a number of successful routes to key business areas across the city, including the IFSC and Grand Canal Dock areas. Beyond the bus strikes, there are great plans for the company's future as it  endeavours to partner up with businesses and colleges.

“95% of the reaction is positive. People like the concept,” Brian continued, pointing out that they had featured in the national media, with coverage from RTÉ and the Independent, among others.