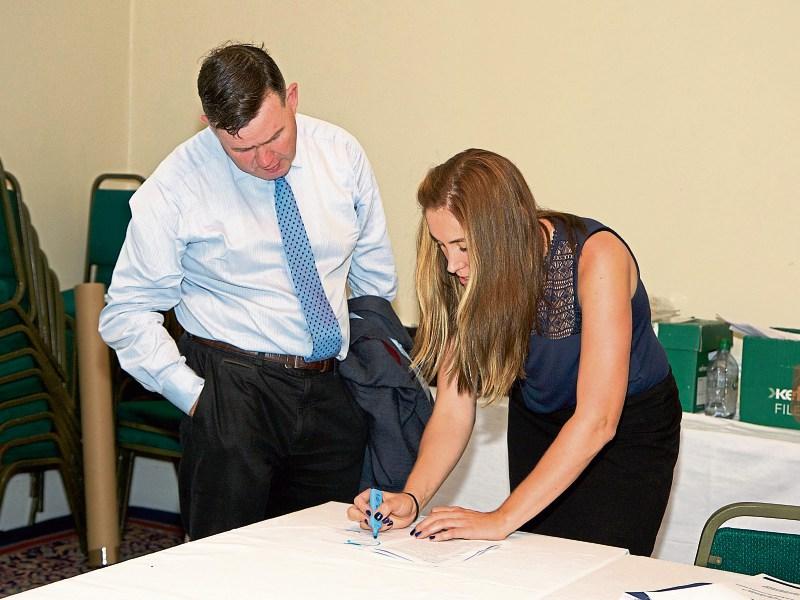 A small batch of farmers staged a protest  outside the Longford Arms Hotel last week ahead of a public consultation day.

The draft plans under the Catchment Flood Risk Assessment and Management (CFRAM) programme were made available for public consultation earlier this year.

The  programme was tasked with producing flood hazard maps, flood risk maps and flood management plans required under a timeframe set out in the 2007 EU floods directive.

But for the likes of Longford Irish Farmers Association (IFA) chairman, Sean Conefrey the plans have left many of its members puzzled.

“There's very little in it for farmers to be honest,” he said.

“In fact, there's very little in it for rural dwellers and agriculture in general.

“We (IFA) have been a left a bit underwhelmed.”

That feeling is one largely based on fears surrounding the River Shannon's present day water levels.

Figures released from the ESB towards the end of the summer showed levels along the Shannon Callows - downstream from Athlone to Portumna - were almost 16 inches higher than in July 2015.

Water levels in Lough Ree were also said to be a foot higher.

According to Mr Conefrey, the one possible solution to those concerns, namely dredging, has largely been overlooked in the plans.

“There is no mention of dredging, it's not even a consideration,” he added, as he also renewed calls for a single lead authority to manage Ireland's largest river.

They were sentiments local County Councillor Gerald Farrell was only too keen to extol.

“The farmers and rural dwellers have been ignored in this report, totally ignored,” he stormed.

“It's plain to see what (dredging) needs to be done.

“It (River Shannon) is a massive river and needs a single independent authority to look after it.”

The former radio DJ hit out at the CFRAM studies which were underway in Roscommon Town and Athleague this week as being completely “out of touch” with the views and knowledge of local people.

“The millions of euro laid out for works in Roscommon Town and Athleague village in my view won’t solve the problem of flooding and this money could be better spent by taking the views of the local people on board,” he said.