Seamus was a stalwart of the Longford music scene 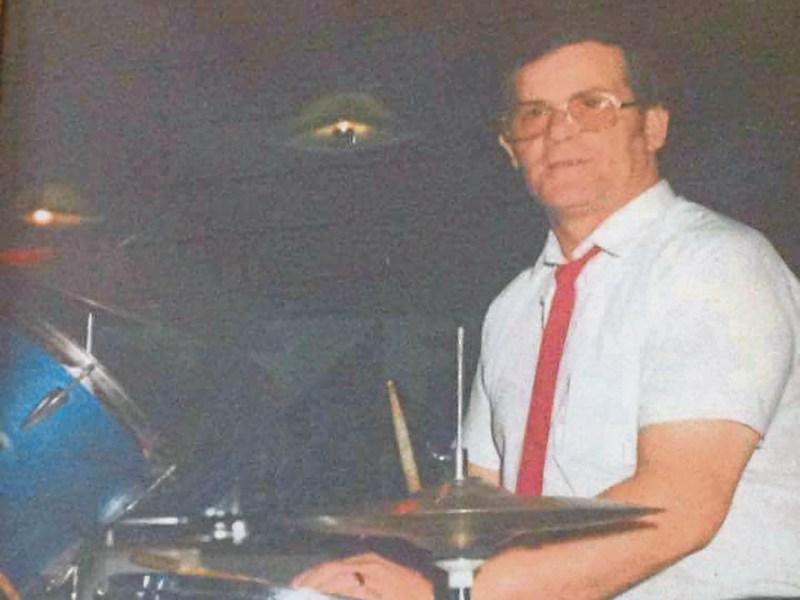 Seamus Flaherty, Ardnacassa, Longford town, was a  member of a famed Longford musical family and  like  many family members he was a drummer of note.

His brother, Frankie, was front man for the famed Frankie and the Black Dots and Frankie’s son, Fergal Flaherty, is a leading country music star on the continent.

Closer to home, the deceased’s brother, Paschal, and nephew, Tommy,   are familiar faces on the local music scene.

Seamus Flaherty  was a stalwart of the local scene throughout the 1960s and ‘70s.  Together with  fellow Longford town man, Sean Hussey, he formed the  band, Morning Dew, which also featured his good friend Michael O’Hara.

He also drummed for several years in a Padraig Farrell  band. That particular group also featured Gus and Anita Hanly and was called The Folklanders.

In a very personal and emotional tribute to an old friend, it was great to see Padraig Farrell singing at the Funeral Mass in St Mel’s Cathedral recently.

If music was a constant in the life of the Flaherty family so too was sport and especially soccer.

Seamus relished the annual Longford town soccer leagues which ran throughout the 1950-70s and was a decent enough  player. He was also a steadfast Longford Town supporter and was a member of the club executive for several years.

Latter years saw him take  to golf and he was no mean player  but more importantly he  he was the life and soul of the clubhouse. His wonderful personality endeared him to many and whilst he could hit the ball as straight or further than many, he never took the game too seriously.

Nonetheless he frequently featured amongst the prizewinners in many of the club competitions.

He worked for many years in Willis Oil as it was known (now part of Cameron) and he was a much respected member of the staff and a popular colleague. He spent twenty odd years there and later took on a security job in Longford Shopping Centre. It  was tailor-made for him as it had him in daily contact with the good people of Longford. He could almost have been the PR man for the centre.

Seamus fought a protracted battle with cancer but always tried to ensure that  it didn’t unnecessarily overshadow his life. He played golf as much as he could and tended to his beloved  garden at every opportunity.

He still loved the few social pints and really enjoyed his few drinks in his beloved Peter Clarke’s with his good friend and neighbour, ‘The Master’, Paschal Quinn.

Seamus was a great neighbour and whilst he’d spent time in Newtownforbes and also Cavan, there is no doubt that he was happiest in Ardnacassa. Another of his neighbours, Pauline Shiel, delivered a wonderful eulogy at his Funeral Mass, when she singled out the qualities that set  apart a good neighbour.  Seamus had them all in abundance.

For the Ardnacassa faithful it will be hard to get used to not seeing Seamus at the gateway to his home; not getting  stopped to discuss everything from world affairs to the latest news from around town. Seamus loved company, companionship and best of all, good, old-fashioned conversation.

Seamus was a great family man and he delighted in the warm embrace of family life as illness took an ever deeper hold of him.

His beloved wife, Concepta, was a life-long friend  and in their early days they made for a glamorous couple. Together they reared their sons, Colm and Anthony, and daughter, Margaret in a wonderfully loving home, where all three siblings learned the best about people and life itself.

With the arrival of their grandchildren, the couple enjoyed a new lease of life and having excelled in the role of father, Seamus found himself to be a top class and devoted grandfather also.

Seamus delighted  in hearing the latest news and updates from the grandchildren and he was no doubt smiling proudly from above when his young grandchild, James, won a big showjumping class at the Millstreet international show within 24 hours of the Funeral.

There was a huge attendance in St Mel’s Cathedral for the Funeral of the late Seamus Flaherty. It reflected the high esteem in which the Flaherty family are held but most of all, it reflected the genuine upset and sadness at the passing of one of the Longford town greats.

Seamus Flaherty  is survived by his heartbroken wife, Concepta, his sons, Colm and Anthony, daughter, Margaret; grandchildren, daughters-in-law, son-in-law, brothers, sisters, sisters-in-law, nephews, nieces, cousins, relatives and a large circle of friends. His remains reposed at the family home before being brought to his beloved St Mel’s Cathedral for Funeral Mass and later cremation at Lakelands Crematorium in Cavan.