A history of Drumlish 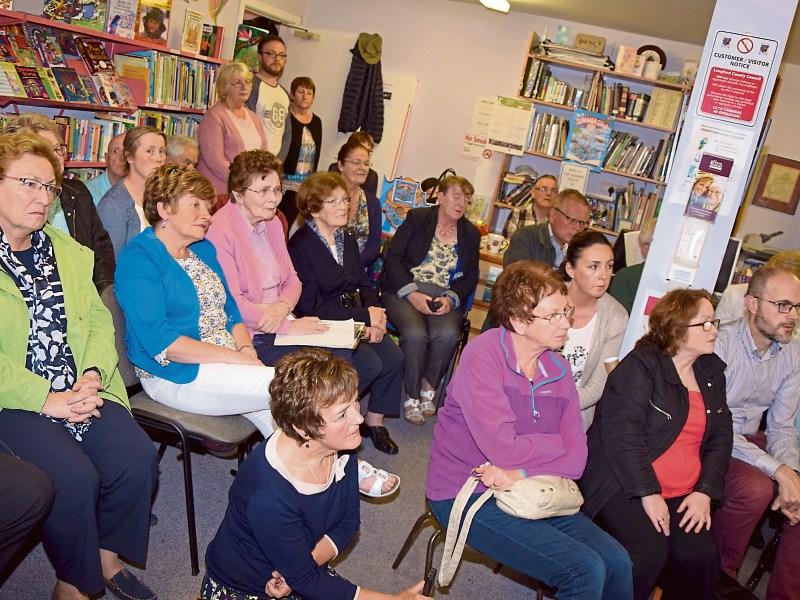 Drumlish Library was packed to the rafters on August 17, as locals gathered to hear the ground-breaking talk delivered by Seán Murphy.

A retired Civil Servant living in Dublin, Seán's paternal grandparents lived and are buried in Drumlish, while his late uncle, Tom Murphy, played football for Drumlish and Longford for many years and also fulfilled the role of Longford delegate to the Central Council of the GAA for a time.

By 7.30pm, when the talk was billed to begin, there was standing room only as Seán delivered the history of the Drumlish area, up to the period before the Famine. Beginning with the geology of the area, Seán reported on the poor quality of the land and the hardships suffered by its inhabitants through the centuries.

Seán then went on to describe the first-known local people, who left a burial place at Melkagh nearly 8,000 years ago, and the coming of the 'Conmaicne' at about 500AD, the ancestors of much of the population of Co Longford to this day. Also covered were the successful efforts of the O'Farrells to keep the Anglo-Normans at bay, the loss of their independence in the reign of Elizabeth Tudor and the imposition of English law.

In the 1620s, according to Seán, Drumlish was planted by Scots and English landlords who ruled for the next 300 years. It was also revealed that the first named Drumlish man was James FitzEdmond in 1586, and the first of thousands of Drumlish people to emigrate to America was the English planter, George Calvert, Lord Baltimore.

The talk finished with some thoughts on the 1798 Battle of Ballinamuck, with Seán finally expressing the hope that, in due course, there would be a book of Drumlish history, covering all aspects right up to the present time.

The evening was then brought to a close with light refreshments, which were served outside in order to cater to the unanticipated crowds.