Longford lose out to Edenderry 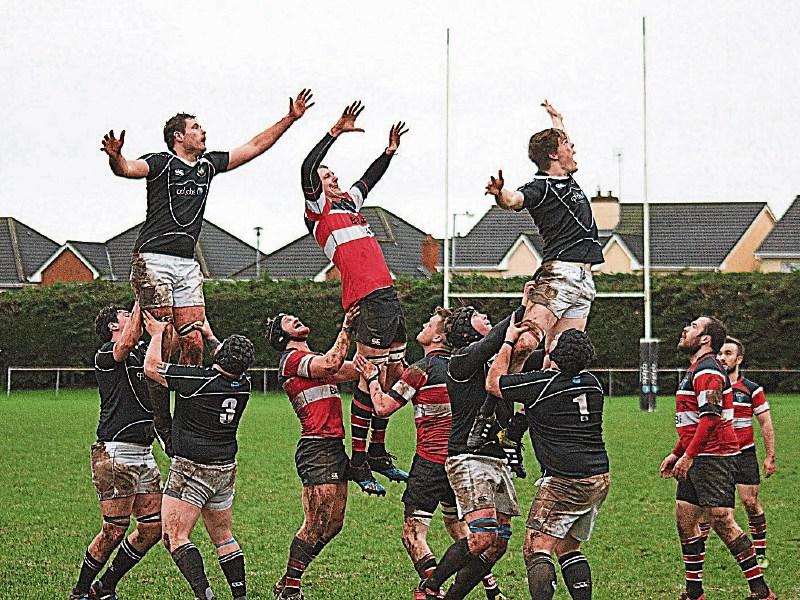 Longford and Edenderry played out a high scoring Midland League encounter in Coolvacoose, Edenderry on Sunday last. The conditions were perfect for running rugby with both sides scoring five tries.

Longford are still getting into their stride and will have learned a lot from the encounter, with a lot of former underage players and returning players being integrated into the set up over the last few weeks and this showed at times especially defensively.

The match started at a brisk pace with Edenderry having the best of the first  half.  Edenderry went in for their first score after 7 minutes when their speedy right winger evaded a number of attempted Longford tackles to go in for a converted try.  The same winger was to come back to haunt Longford on two other occasions in the first half scoring a hat-trick of tries within the first 25 minutes which left Longford with a mountain to climb.

However, it was not all one-way traffic as Longford were always in the game and will be quite happy with their attacking shape and rucking for most of the match along with a high number of line breaks.

Longford’s first try was scored by Alan Campbell after 12 minutes when he took a quick tap from a close in penalty to go over for an unconverted try.  The next 15 minutes belonged to Edenderry where their right winger helped himself to two more tries, coupled with Edenderry also knocking over a penalty to leave the score 22-5 after 25 minutes.

Longford then had their own purple patch with Dylan Quinn going in for an unconverted try after a barnstorming run and hand off, quickly followed up by captain on the day, Benny McManus, who went in for a converted try to bring Longford right back into the contest with the score now 22-17 in favour of the home side. Unfortunately, a lot of this hard work was undone by Longford leaking a fourth try to Edenderry, leaving the half-time score at 29-17.

Longford were much improved in the second half and put together continuous phases flashing the ball from wing to wing in a very expansive style that put Edenderry under serious pressure and nearly led to Longford turning the score around.

Alas, Longford left themselves with too much to do by allowing Edenderry to score the first try of the second half, which was converted to leave the Offaly side on their final score of 36 points after seven minutes.

Longford were rewarded for their enterprising attacking play with two converted tries from Neal Farrell on 27 minutes and Dylan Quinn scoring his second of the game on 32 minutes to bring Longford within 5 points of the hosts; 36-31.

Longford had a number of opportunities in the closing minutes but try as they may, Longford could not cross for a sixth time with the honours going to Edenderry.

Although the result did not go Longford’s way the positives definitely outweighed the negatives with Longford’s attacking shape and intent, rucking and communication all improving on previous weeks.

If Longford can improve defensively, which they undoubtedly will, a strong season could be around the corner.  Collective hard work on the training ground will undoubtedly lead to huge dividends on the pitch.

Longford continue their build up to their first Leinster league game away to Portarlington on Sunday September 25th with a game at home to Division 1A side Monkstown on Saturday at 5pm.