Killoe and Dromard set to capture Senior and Junior titles 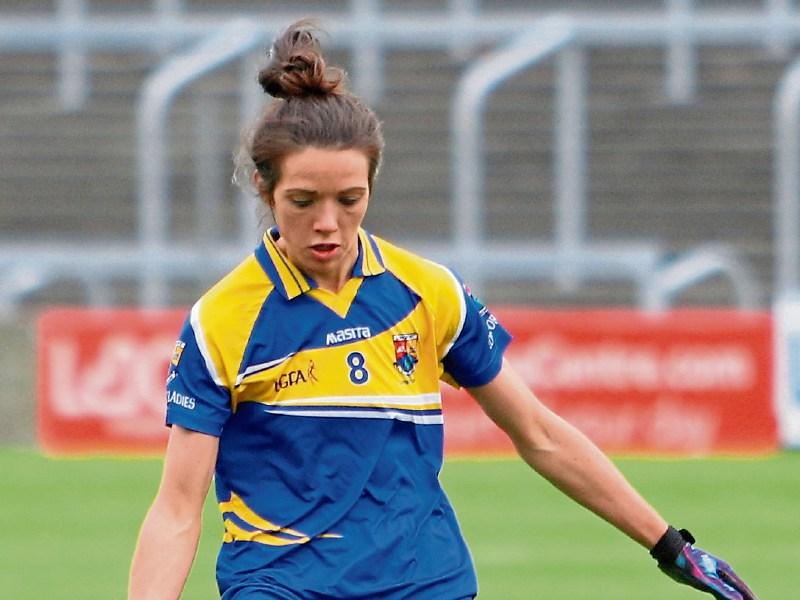 There is a novel pairing in the Senior Final as the kingpins of ladies football in Longford Killoe take on last year’s Intermediate champions Mostrim, throw-in 3.15pm.

It has been a fantastic few years for Mostrim from winning the Junior title in 2012 to now, making a first ever appearance in a senior final. The Mostrim ladies are young with some experienced players also and key figures are Sarah Tierney, Leanne Keegan, Brianna Connell, Gemma Kenny and Emer Monaghan.

Mostrim mentor Brian Noonan is pleasantly surprised with how the year has gone for his side. Speaking to the Leader he said: “We knew the potential was there and it was a case of getting it out of them. Coming into this year I wanted us to compete at this level but to make a final in our first year in the senior grade is bonus territory.”

Standing in Mostrim’s way are  a very experienced Killoe side and Noonan is fully aware of the threat they will pose.

“They have the experienced players who have done it at club and county level. We have targeted our own performance and it remains to be seen if that is good enough to win the county title.”

Anything can happen in a final and Noonan is hoping his players can put in another fine performance: “Getting over the semi-final against St Helen’s was a massive boost for the club. We are hoping we can put in another good performance and that the people of the parish will be proud of us.”

After losing last year’s final to Clonguish, Killoe will be going all out to claim their sixth senior title in seven years. They have a wealth of experience with players like Edel Quinn, Anne Marie Bratten, Fiona Toher and Sabrina ‘Beany’ Hackett to call on.

Killoe signalled their intentions for the year by appointing former Galway ladies supremo Con Moynihan as their manager.

The Galway native admitted his side are hoping to make amends for last year’s defeat: “The hunger is there and there is no doubt that the loss last year hurt them. It’s like any team, when you are so used to winning it’s hard to take defeat.”

Moynihan was well versed on Killoe before he took over. He has a good blend of players to work with: “It’s not about age when you play football. If you have the hunger and desire age shouldn’t come into it.”

Killoe will be favourites but Moynihan doesn’t pay heed to tags. Finals are all about ‘on the day’: “Playing a team in the league or even the championship semi-final is very different than the final. You don’t know until you are there how people will react. No matter what team it is. It’s all about on the day.”

Dromard meet Mullinalaghta in the Junior ‘A’ final

The curtain-raiser to the Senior final is the Junior final between Dromard and Mullinalaghta, throw-in 1.30pm. The North Longford clubs clashed in the group stage of the championship with Dromard coming out on top.

Mairead Reynolds, Michelle Kilkenny and Michelle Masterson while Rebecca Maguire is one player Mullinalaghta will have to watch.

Elaine Sheridan is part of the management team with Sean McNerney. As a proud Dromard woman she’s delighted her club are in another county final: “They are a great bunch of girls. There is great pride in the club. I can’t say enough good things about them and they have put in a serious effort this year.”

Sheridan knows football can be unpredictable and is wary of the threat Mullinalaghta will pose on Saturday: “Anything can happen in a county final. Mullinalaghta are a good team; strong, skilled and talented. I think both sides will be evenly matched and there is nothing between us. We are not underestimating them. I’m hoping for a good game of football and nobody can predict what will happen.”

For Mullinalaghta it’s been an exciting journey on their path to the Junior final after being in the Intermediate decider back in 2012. They will be looking to Lauren Burke, Louise Battrim and Lisa Mooney to guide them to success on Saturday.

After a slow start to the year Mullinalaghta found some fine form to make the final. For manager Martin Reilly the championship was the focus: “The year didn’t start well. The league didn’t mean too much to us but we wanted to do well in the championship. Last year we only started playing consistently well towards the end of the year.”

Reilly is in his second year managing Mullinalaghta and admitted he didn’t know what he was taking on when he accepted the job but he is glad he did: “When I took them over I knew nothing about them to be honest. They are some great players there and a good bunch to work with. We have solid form going into the final after beating a fancied Slashers side and we are in with a shout on Saturday.”