Longford woman to run 5k in her wedding dress 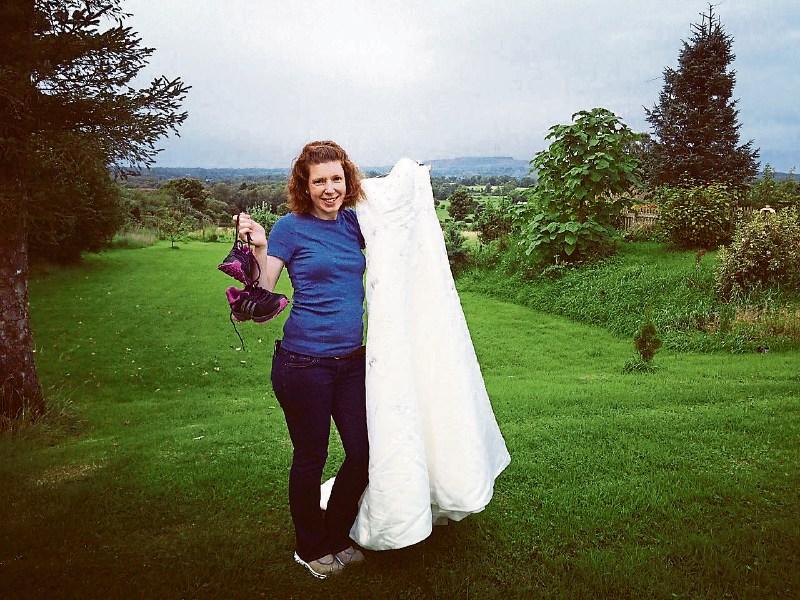 While it's probably the most expensive piece of clothing many women will ever buy, your wedding dress only gets one wear before it  becomes just  a memento.

Isla Duffy from Ballinalee is about to change that however, by doing a 5k charity run wearing her wedding dress on September 21.

As part of the new charity campaign for the Irish Cancer Society by Today FM, Isla is taking on the 'Dare to Care' challenge.

Doing something she was thinking about for a long time, she is recycling her much-loved wedding dress by using it as fitness attire for this great cause.

When asked what inspired the idea, Isla replied: “I lost three of my grandparents and an uncle to the disease, so I've wanted to do something for a while but there never seemed to be the right opportunity.

“The dress has been sitting in the wardrobe looking at me, daring me to do something, so this is it.”

Isla confessed that she's not the greatest runner in the world, but would like to start taking part in the local parkrun in the Albert Reynolds Peace Park every Saturday. Mostly, she said she just wants to “raise a bit of money to help a family member caring for someone with cancer or the sufferer themselves”.

“I just decided to do something a bit daft to cheer people up. I thought I'd need a group but I decided that it doesn't matter, I'm going to do it and if people want to join me they can or they can donate.”

Isla is inviting people to join her in running the 5k, in a location yet to be confirmed.

Donations are also being accepted on her online page: https://www.justgiving.com/fundraising/isladarestocare