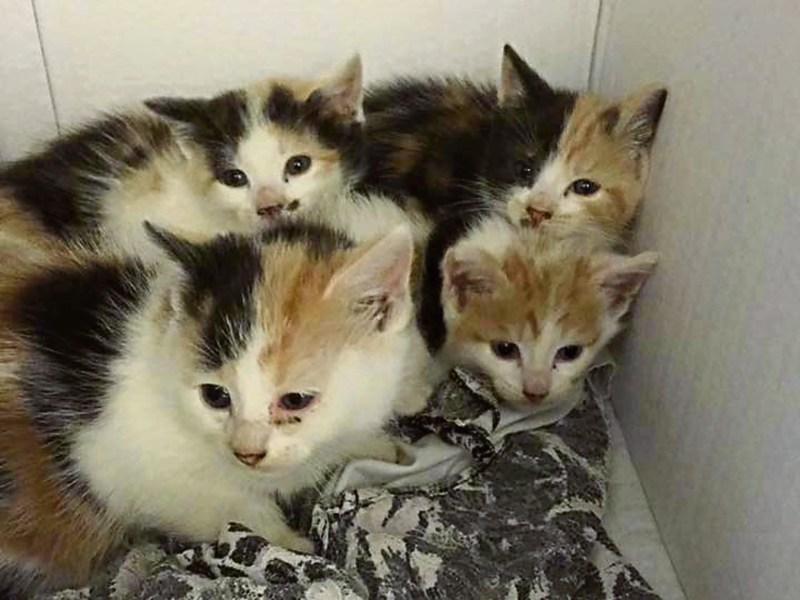 It’s been a difficult few months for the Longford Society for the Prevention of Cruelty to Animals (LSPCA), who have been inundated with calls to take in stray and abandoned cats and kittens.

This was illustrated on Friday, August 26, when the LSPCA had to take in fifteen stray kittens in less than 24 hours.

“It started on Friday morning and a guy came up to our shop. He had found four, week-old kittens in a garage just left there. There was no sign of any mammy,” Amy revealed.

The day continued in the same fashion, with one kitten found on the outskirts of town, a litter of four rescued from a garden shed and six brought in by a member of the public.

“The problem is, people just aren’t spaying and neutering,” Amy pointed out, before adding that the LSPCA have made efforts to use the TNR (trap, neuter, return) method to try and control the situation.

However, the kitten crisis is showing no sign of easing, with Amy admitting; “If anything, it’s getting worse.”

Anyone interested in re-homing a cat or kitten, or in offering a donation - food or otherwise - to the LSPCA can visit their shop on the Market Square, or search for Longford SPCA on Facebook.