Walk a Mile with Emily in Drumlish this weekend 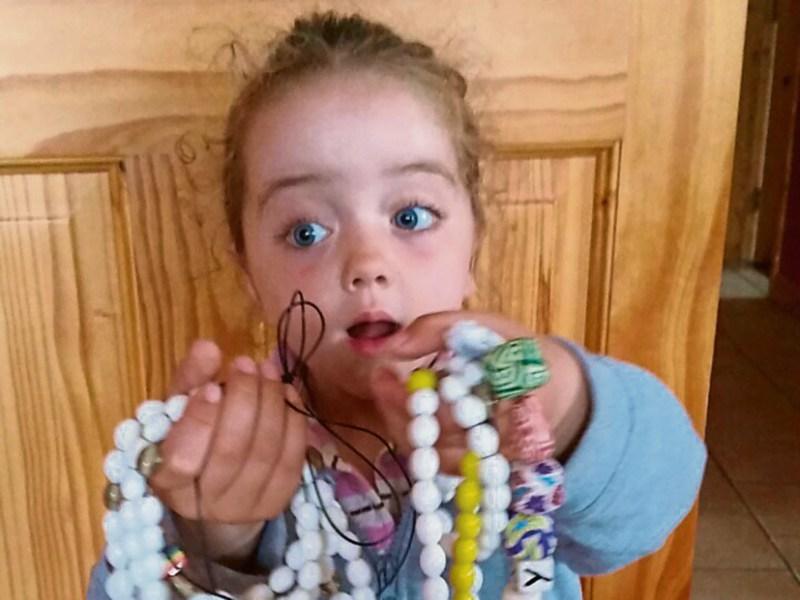 Members of the public are being invited to don their walking shoes and blue clothes this month to join a Drumlish family, who are going the extra mile to find a cure for Histiocytosis.

The third annual ‘Walk a Mile with Emily’ event is set to take place at 12pm on Sunday, September 11, inspired by little Emily Kane, who will turn four next month.

Emily is the daughter of Theresa and Frank, Drumlish, and when she was just 15 months old she was diagnosed with a rare cancer called Langerhan’s Cell Histiocytosis (LCH).

“Emily is on what’s called maintenance chemo at the moment,” Emily’s mother Theresa told the Leader. “She started at the end of January.

She also thanked locals for the last two years of support - during which, approximately €13,000 was raised for Histiocytosis. This year, two charities will benefit from donations; the Histiocytosis Association and the Childhood Cancer Foundation, who fund beads of courage and play specialists for St John’s Ward, Crumlin.

The beads of courage are a reward for children going through treatment. The different coloured beads represent various hospital stays, treatments and procedures and Emily has already built up an impressive collection.

Participants will be gathering at Drumlish Community Centre and will reconvene at the Centre after the walk for some well-deserved refreshments.

For more information, search for Walk a Mile with Emily on Facebook.