'Pedal the Planet' launch in Longford library on Sunday 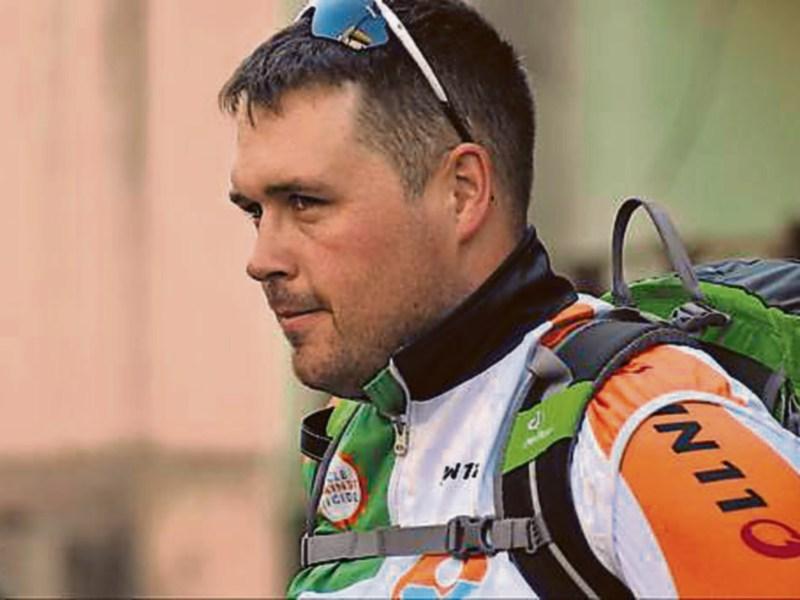 Leitrim native Breifne Earley will hold the Longford launch of his book 'Pedal The Planet' on Sunday, September 11 at 7pm in Longford library.

The book tells the inspirational story of how Breifne went from the depths of contemplating taking his own life to winning the World Cycle Race, a 490-day round-the-world test of endurance.

The following is an excerpt from Breifne's book. It is from a time when he was training for the World Cycle Race,  cycling from Dublin to Leitrim and back each weekend, and he had a mishap near Edgeworthstown:

“Within a matter of weeks after starting NADA’s training regime, I could barely recognise myself. I was feeling stronger on the bike and losing so much weight that I was really beginning to believe that I might be able not only to start the World Cycle Race, but also to finish it.

The training was a test of character that I hadn’t been subjected to before. Each time I woke up at four thirty to the sound of the rain on the roof and windows, I knew I not only had the commute to the gym but also the actual session itself ahead of me. Nearly every time I woke, I considered just rolling over and going back to sleep. Somewhere though, I knew that if I made the decision to not go, even once, I’d never get myself into a condi tion to compete.

I needed to build up to cycling 700 km a week as part of my training, which didn’t come easily.

At weekends, I would cycle the 170 kms from Dublin to Leitrim and back. I started by completing half of the journey by train to Mullingar and cycle the 80 kms home, but eventually I was clearing the entire 170 km distance unaided.

My first attempt at the complete distance was a disaster. My friend Louise was joining me from Enfield and I woke up nearly an hour late. I grabbed the bag I’d packed the night before and was out the door before I’d even woken up. Just outside Maynooth, I picked up a puncture and managed to change the tube myself, but my small pump wasn’t really doing the job.

I found myself in a bike shop in nearby Kilcock watching the guy change my flat. This was going to be something I needed to look at learning how to do better. By the time I met Louise in Enfield, she wasn’t too impressed with me and my troubles.

We had barely passed Mullingar when my left pedal started to wobble. Then, it fell off the bike whilst still clipped into the bottom of my cycle shoe. Things weren’t looking good. Louise, who’d been riding just ahead of me, looped back and we inspected the damage.

After an aborted attempt to cycle with just one foot, I ended up walking the bike to the top of the hill and rolling down the other side into the petrol station at Ballinalack.

My makeshift repair job lasted only a few kilometres before I finally admitted defeat just after Edgeworthstown and called for a ride to my parents’. I was going to have to work out a better disaster recovery plan.”